The spring main stage production, opening March 4, challenges audiences to consider how war affects those who fight and those who stay behind.

The provocative drama Plumfield, Iraq features a small cast of Lewis & Clark students, many of who were just 12 or 13 years old when the Iraq War began in March 2003. The play, by Barbara Lebow, centers on a close-knit group of high school seniors in a small town named Plumfield, Washington. Believing that George W. Bush’s infamous “Mission Accomplished” speech in May 2003 means the end of combat is near, some members of the group join the military, anticipating light duty and a ticket to a college education and a better future. The play examines the consequences of this decision, both for the soldiers and for their friends and family back home.

For students involved in the production, the stories of these young soldiers provided a window into the Iraq War that media reports and casualty tallies never could.

“Many criticisms of the war have focused on the number of people who have died, trying to show the magnitude of the horror of the war,” said Jonah Geil-Neufeld ’11, who portrays one of Plumfield’s protagonists. “This play forced me to think about the individual stories of these characters, which really made the Iraq War personal for me.”

In the following slideshow, featuring photos by Ryan Mooney ’12, students discuss how the play shaped their understanding of the war and its impact on communities across America, and how it fostered appreciation for the sacrifices made by soldiers. 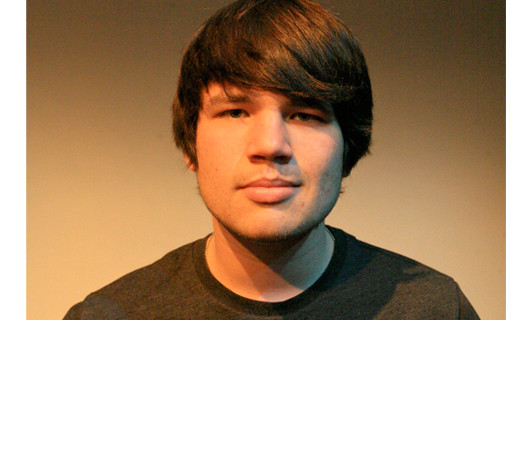 Ryan Mooney ’12 | English and theatre double major | hometown: Chanhassen, MN | role: dramaturg
Throughout this process, I’ve learned a lot about the beginning of the Iraq war and the problems of PTSD and suicide among soldiers. What I’ve walked away with is a sense of the insurmountable intricacies of the war. There is so much happening, still. The wealth of perspectives—from the Kurdish, Iraqi Nationals, foreign allies, U.S. soldiers, and others—present multiple versions of the same events.

Mooney served as dramaturg for the Plumfield production, researching the play’s context to offer the actors greater depth from which to draw. A collection of the images and news clips Mooney gathered will be on display in the Fir Acres Theatre lobby throughout the play’s run. In the following slideshow, Mooney shares a few images he found that provide different perspectives on the war. 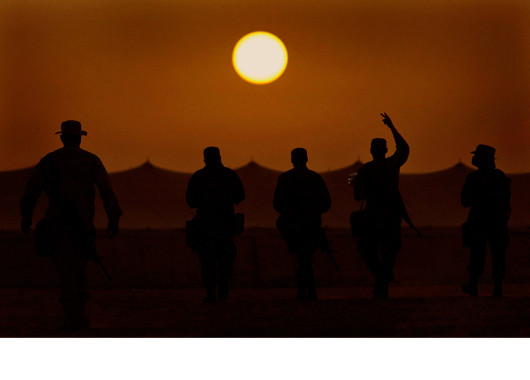 Photo by the Associated Press

Images from the Iraq War