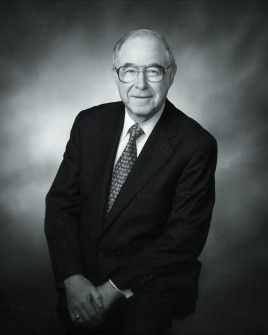 Schnitzer grew up in Portland and graduated from Lincoln High School. He earned a bachelor’s degree in metallurgy from the Massachusetts Institute of Technology in 1944, and immediately thereafter, served in the U.S. Army until 1947. Upon returning to Portland, he joined the family scrap and steel business. In 1950, he struck out on his own and founded Harsch Investment Properties, which now owns and operates industrial, office, retail, and multifamily properties in five western states.

Throughout his life, Schnitzer focused on three things: his family, his business, and his community. In 1949, he met and married Arlene Director, daughter of family friends. Married for 62 years, they were lifelong partners in business, the arts, and philanthropy.

Over a career spanning 60 years, Schnitzer provided leadership and generous financial support to hundreds of organizations, including the Portland Art Museum, the Harold Schnitzer Diabetic Health Center at Oregon Health & Science University, and Judaic studies programs at the University of Oregon and Portland State University.

Schnitzer served as a Lewis & Clark trustee from 1983 to 1995, when he was elected a life trustee. In 2000, he received an Aubrey R. Watzek Award from the college in recognition of his outstanding commitment to philanthropy, which created opportunities for thousands to enjoy an immeasurably richer cultural life.

The generosity of Harold and Arlene Schnitzer has helped advance Lewis & Clark’s mission in many ways. In 1999, the Schnitzers commissioned Music in the Sky and The Hawk and the Dove, two 18-foot bronze sculptures by John Buck, which grace the entrance of Lewis & Clark’s Hoffman Gallery of Contemporary Art. Most recently, Arlene and son Jordan Schnitzer JD ’76 have committed $500,000 to a professorship in Jordan’s name at Lewis & Clark Law School. The Schnitzer family’s service to Lewis & Clark has been life-changing and multigenerational.

Schnitzer is survived by his wife, Arlene; his son, Jordan; two granddaughters; two siblings; and numerous nieces and nephews. 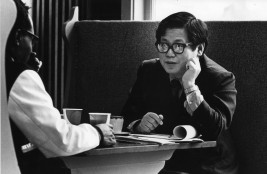 Joseph Ha, professor emeritus of international affairs, died April 23 after a struggle with cancer. He was 74.

Born in Korea, Ha came to the United States to pursue his education with the support of a Christian mission group. He earned his passage across the ocean by working on a ship and arrived in Seattle with 25 cents to his name and a powerful commitment to improving his life through education. He earned his bachelor’s degree in political science at the University of Washington, and then went on to Columbia University, where he earned his doctorate in international relations and a certificate in Russian studies from the Harriman Institute.

In 1971, Ha, his wife, Kay, and their infant daughter, Karen, moved to Portland where Ha had a one-year visiting position at Lewis & Clark. That position was quickly converted to a tenure-line appointment, and Ha served as a professor at the college until his retirement in 1997. For 22 of those years, he chaired the Department of International Affairs and developed its reputation for sending wellprepared students on to top graduate programs and significant international careers. Ha was deeply committed to his students’ success during their college years and beyond.

Ha was a prolific and recognized scholar who published numerous books and articles in the fields of international relations. In addition to his work as an academic, he was also active in international politics and business. From 1981 until 1996, he served as a consultant for global business at Nike. Upon his retirement from Lewis & Clark, he became vice president of international business and government relations at Nike. In that capacity, he supervised Nike’s businesses in Korea and Japan, assisted with Nike’s government relations abroad, and represented Nike on public and private boards. He was also active in civic affairs and helped to develop Portland’s sister city relationships with Khabarovsk, Russia, and Ulsan, South Korea.

Over the course of his lifetime, Ha received numerous distinctions and awards, ranging from honorary degrees from universities in Russia and Korea to the Columbia University Harriman Distinguished Alumnus Award in 1997, the Man of the Year Award for Overseas Koreans in 1998, and the Portland Consular Corps International Citizenship Award in 2000. Just last year, he received the Mayor’s Award at the Spirit of Portland Award Ceremony.

Ha is survived by his daughter, Karen Chi; her husband, Willard Chi JD ’97; and their three daughters. His memorial service was held May 1 in Agnes Flanagan Chapel. 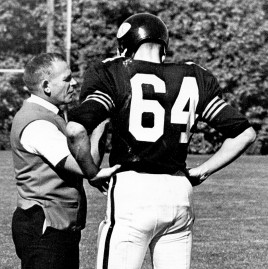 As an undergraduate at Lewis & Clark, Wilson earned three letters each in baseball, basketball, and football. He was an all-conference infielder in baseball; a guard on the 1948–49 basketball team that won the college’s first-ever Northwest Conference (NWC) championship; and defensive captain and first-team all-NWC on the undefeated 1950 football team.

After graduating in 1951, Wilson taught and coached at Rainier then Albany high schools. In 1957, he answered the call of his college football mentor, Joe Huston, and returned to his alma mater as head baseball and assistant football coach. When Huston became athletic director in 1965, Wilson coached both football and baseball for two years. The 1966–67 season was particularly memorable for Wilson and the Pioneers; both the football and baseball teams won NWC titles.

Over the next 31 years, Wilson taught physical education and coached football, baseball, wrestling, and golf. He was head baseball coach for 11 years and head football coach for 20. Coaching golf may have been his favorite activity; he continued coaching the sport until his retirement in 1989.

Wilson was once described by a Sports Illustrated writer as “blunt, humorous, and country-articulate.” He was a gifted and motivating teacher who helped students learn both in the classroom and on the field. He engendered deep loyalty and appreciation in his students, many of whom became lifelong friends.

Wilson was a five-time inductee into the Pioneer Sports Hall of Fame—as an individual, team member, and coach. The playing surface in Griswold Stadium was named Fred Wilson Field in 2006, and he was present for its rededication this past summer. Despite failing health in the past few years, he was a regular presence at Pioneer athletic events.

Fred is survived by his wife of 47 years, Virginia Wilson BS ’60; his sons, Daniel Wilson BS ’88 and Terry Wilson; and four grandchildren.

The family suggests contributions to the Fred Wilson Endowment. Started in October 2006, in conjunction with the naming of the field in Griswold Stadium, this endowment enhances the critical funds essential for the recruitment of quality student-athletes in all sports.

After serving in the U.S. Army Air Force in World War II, Myers earned his BS from Lewis & Clark and his JD from the University of Oregon School of Law.

In 1953, Myers married Annette Kirkpatrick, and the couple raised three children together. Myers practiced law in Portland for 22 years and was a partner in the firm of Schuler, Rankin, Myers & Walsh. He taught at Lewis & Clark Law School for 19 years and was awarded the Leo Levenson Award for Teaching Excellence before he retired in 1991.

Myers served Lewis & Clark in a variety of capacities, including as a trustee and as a president of the Board of Alumni. Bob and Annette were also members of Lewis & Clark’s Heritage Society.

Myers loved the Pacific Northwest and enjoyed camping, fishing, hiking, sailing, golf, and spending time with his family. He is survived by his wife, Annette; his two sons, Doug Myers and Eric Myers; his daughter Enid Nielsen BS ’86, M.A. ’07, a career counselor in Lewis & Clark’s Center for Career and Community Engagement; two grandsons; one great-grandson; and one sister.

An ordained Presbyterian minister for 70 years, he served as the associate pastor/church administrator of the Pasadena Presbyterian Church from 1943 to 1957. He was a member of Lewis & Clark’s Board of Trustees from 1958 to 1964 and became a life trustee in 1966.

He is survived by two sons, Byron Nicols and Phillip Nichols. His wife, Phyllis, predeceased him in 2008.