Samuel Wheeler, life trustee, entrepreneur, and philanthropist, died May 23, 2011, at age 83, in Portland. Wheeler came from a family of lumbermen, and the town of Wheeler, Oregon, commemorates the family name. He grew up in Portland and graduated from Lincoln High School in 1945. After earning a degree in forestry from Oregon State University in 1950, he served in the Korean War. In 1953, he left the service and began his career in the forest products industry. He worked for Western Veneer Plywood Company, Santiam Lumber, and Willamette Industries. He later served as president of Barclay Logging in Sisters, Wheeler Lumber in Sweet Home, and Wheeler Manufacturing in Toledo.

Wheeler’s life’s path took on him on various ups and downs, including two ascents of Mount Kilimanjaro, the second when he was 79. He shared his love of the outdoors with his four sons, taking them on backpacking trips to places like Mount Rainier, Colorado, and Peru.

To help others, Wheeler spoke publicly about his battle with alcoholism, and in 2000, he received the De Paul Treatment Centers’ Freedom Award for his advocacy work.

Wheeler served as a Lewis & Clark trustee from 1983 to 1996, when he was named a life trustee. Among his many community service activities, he served as president of the Wheeler Foundation and also on the boards of the Oregon Historical Society, the World Forestry Center, the Providence St. Vincent Medical Center, and the Oregon State University Foundation. 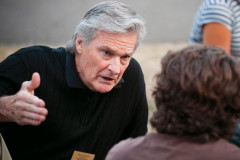 Paul Copley BA ’67, a longtime instructor in Lewis & Clark’s Graduate School of Education and Counseling, died July 3, 2011, at age 67, after a brief illness.

Born in Cheltenham, England, Copley attended Lewis & Clark on a track scholarship. In 2007, his 1965 track and field team was inducted into the Lewis & Clark Sports Hall of Fame.

While studying history at Lewis & Clark, Copley fell in love with Portland and Laurie Warner BS ’68. They married in 1967, and both taught in the Beaverton School District. Copley taught high school for 36 years, chaired the social studies department at Sunset High School for 32 years, and coached track. In 1995, he began teaching on an adjunct basis in Lewis & Clark’s Teacher Education Program. In 2005, he became a cohort coordinator and subject area advisor in secondary education. Two weeks prior to his death, he had started working with a new cohort of incoming students.

Copley loved everything British: history, Masterpiece Theatre, and movies. An outstanding athlete who made good use of the Multnomah Athletic Club, he could also be found chipping golf balls in the backyard. He and his wife loved exploring by bicycle and went to France, Ireland, the Czech Republic, and Maine.

Survivors include his wife of 43 years, Laurie Copley; daughters Devyn Larson and Lauren Copley; two grandchildren; a sister; and countless friends across the country. 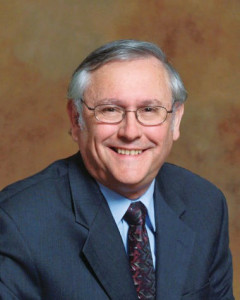 After graduating from Lewis & Clark, Ruhl earned a master’s degree in special education from Western Oregon University and a PhD in educational administration from the University of Oregon. For two decades, Ruhl served in the West Linn– Wilsonville School District—first as a teacher, then as a principal. He later became superintendent of the Sauvie Island School District.

In 1998, he returned to Lewis & Clark, where he directed the educational administration program and founded the doctoral program in educational leadership. From 2001 to 2004, he served as a faculty representative to the Lewis & Clark Board of Trustees. In 2006, Ruhl was recruited by Marylhurst University, where he established and chaired the graduate program in education. Ruhl was a respected colleague and faculty leader—and the Marylhurst community, along with that of Lewis & Clark, is mourning his loss.

Survivors include his wife, Mary Ruhl BA ’72; his daughter, Amanda; his mother and brother; nieces and nephews; and many admiring friends and colleagues. 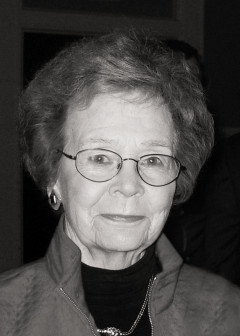 The Honorable Betty Roberts JD ’66, Oregon’s first female Supreme Court justice, died June 25, 2011, at age 88, of pulmonary fibrosis. In the 1950s, Roberts did what most of her contemporaries considered audacious and inappropriate when she returned to college as a 32-year-old wife and mother. This was only the start of Roberts’ lifetime commitment to overcoming obstacles to women’s equality.

Roberts was elected to the Oregon House in 1964 as a Democrat from Multnomah County and won reelection in 1966. In 1968, she won election to the Oregon Senate and became the only woman in the senate at that time. She was a cosponsor of the nation’s first bottle bill, requiring bottles to be eligible for a refund to encourage recycling and reduce litter.

In 1974, Roberts ran for governor but lost in the Democratic primary to Robert Straub, the eventual winner. Later that year, the Democratic nominee for U.S. Senate, Wayne Morse, died. Roberts was picked to fill his spot on the November ballot but lost to incumbent Republican Bob Packwood.

In 1977, Straub appointed Roberts to a new position on an expanded Oregon Court of Appeals. She was the state’s first female appellate judge. Governor Vic Atiyeh elevated her to the Oregon Supreme Court in 1982, a position she resigned in 1986.

Roberts remained active in politics after stepping down from the bench. She helped organize opposition in Oregon to Robert Bork’s U.S. Supreme Court nomination and served as a visiting professor in political science at Oregon State University. In the late 1980s, she served on the state’s Commission on Higher Education.

In March 2004, she presided over the first legal same-sex marriage when it was briefly allowed in Multnomah County. Survivors include her daughters, Dian Odell and Jo Rice; sons John Rice Jr. and Randy Rice JD ’82; nine grandchildren; and eight great-grandchildren.

Contributions in her memory may be made to the Honorable Betty Roberts Women in the Law Program, an initiative of Lewis & Clark Law School. The program, which is open to the public, features an annual lecture on issues facing women in the legal profession.