Change from the inside

Phil Schiliro’s passion for protecting the environment dates back to when he was a teenager growing up in Long Island, New York. As a high school senior in 1974, he discovered that a local business was polluting a reservoir near his neighborhood. The young Schiliro united his environmental studies classmates, community residents, and local media in a grassroots movement that succeeded in stopping the contamination.

Continued interest in environmental law drew the Hofstra University graduate to Lewis & Clark Law School. Schiliro says the time he spent in the internationally renowned program was invaluable, both personally and professionally.

“It was terrific. The professors were first rate and I made lifelong friends with other students,” he says. “And Law Review”—he was editor—“was an extraordinary experience.” 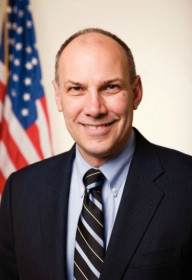 Schiliro moved to Washington, D.C., in 1981. He worked on the Clean Air Act for U.S. Representative Tim Wirth during the 1982 reauthorization fight. From 1983 to 2004, Schiliro served as legislative director and then chief of staff for U.S. Representative Henry Waxman, who at the time chaired the House Energy and Commerce Subcommittee on Health and the Environment. The subcommittee’s jurisdiction included the Clean Air Act, the Safe Drinking Water Act, pesticide laws, and global warming legislation. From 1997 to 2004, Schiliro also was the Democratic chief of staff for the House Committee on Oversight and Government Reform.

Schiliro joined Senate Minority Leader Tom Daschle in 2004 as staff director of the Senate Democratic Leadership Committees and served as the minority leader’s policy director. The following year, he returned to Waxman’s office as chief of staff and to his position as chief of staff for the House Oversight Committee.

Schiliro is markedly understated about the impact of his work on Capitol Hill. Plenty of others have been vocal about it, though. A recent profile by The Washington Post noted that Schiliro was director of legislative affairs during the time Congress passed the $787 billion economic stimulus package, as well as health care and financial regulatory reforms. 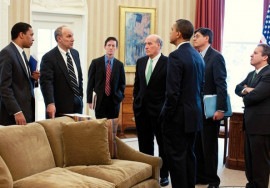 The Post profile also lauded Schiliro for his role in an investigation of Haliburton that determined the company had overcharged taxpayers for its work as a Department of Defense subcontractor. Among the 2,000 reports filed during Schiliro’s work with the House Oversight Committee, another investigation dug into Blackwater USA’s involvement in the fatal shootings of Iraqi civilians.

Waxman has credited Schiliro with helping pass the 1990 Clean Air Act as well as increasing public awareness of toxic air pollutants and other contaminants. Schiliro worked toward the 1986 and 1996 Safe Drinking Water Act reauthorizations, overhauling pesticides law in the Food Quality Protection Act of 1996, creating the Long Island Breast Cancer Study Project, and investigating the tobacco industry (including the landmark 1994 hearing with the industry’s CEOs).

Along with environmental protections, the use of steroids in Major League Baseball was an issue of personal concern to Schiliro. A longtime fan of the game, Schiliro played a key role in the highly visible congressional hearings that brought the problem—especially its impact on teenage athletes—to light. Waxman noted that Schiliro’s commitment to the issue helped focus attention on the use of steroids in all sports.

When President Obama selected Schiliro as his legislative affairs director, Waxman noted that the president was fortunate to have such a valuable member on his team. “[Schiliro] understands the Congress and the legislative process probably better than anyone else around,” Waxman told the Post. “He’s calm and rational and has a very good perspective on how to get things done.” 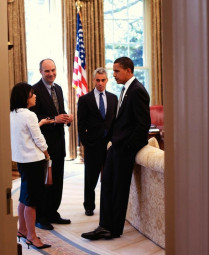 Obama, quoted by Politico in 2009 regarding Schiliro’s efforts to get the stimulus package approved, echoed Waxman’s admiration.

“Phil had as much to do as anyone in getting this highly significant piece of legislation through Congress and I will rely on him heavily in the months to come,” the president said. “[He’s] as valuable a member of our team as any. He’s extremely knowledgeable about the legislative process, as calm and steady under pressure as anyone I’ve ever seen.”

Schiliro and his wife, Jody, a documentary filmmaker, have a daughter. He prefers to remain a private figure on a very public stage. While his high-profile work comes with its share of challenges, he says that after three decades of working in politics he still appreciates the chance to help make a difference.

“The opportunity to be part of a team working on issues of national importance is very rewarding. From my years at Lewis & Clark to today, I’ve seen time and again how the government can be a powerful force of good in our country.”

Read more about our law school alumni in the full version of this article, originally published in the Advocate magazine.