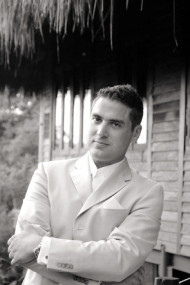 Jason Friedman BA’95 says that when he was 10 he wanted to grow up to be a park ranger. He already knew he liked being outdoors more than being inside his family’s Upper West Side apartment. “Before the park ranger idea,” he recalls with a smile, “I wanted to be a garbage collector—riding the back of the truck and crunching up stuff with those big hydraulic jaws.”

His parents—a labor lawyer and a stay-at-home mom—probably weren’t thrilled with that particular career goal, but it was clear early on that, for Friedman, the best way to learn was to experience the natural world, to venture and explore. Now, as a successful hotelier in Bangkok, Thailand, he says he’s found his calling—to design and provide similar experiences for guests in luxury hotels.

The road to Bangkok wasn’t particularly direct. Friedman’s story is something of an odyssey, a circuitous—and often fortuitous—trek. With skill and luck, he often landed just where he wanted to be. He’s tramped across Nepal, mapped routes in Borneo, scuba dived in the Indonesian archipelago, rafted down the Mekong, and mastered elephant polo. In every venture, Friedman’s mantra seems to be, “Sign me up. Count me in.”

Continue reading the full version of this article, originally published in the Chronicle magazine.