Nine Lewis & Clark seniors will spend the next year teaching around the world after receiving prestigious awards from the Fulbright Program.

Established in 1946, the Fulbright Program fosters mutual understanding among nations through educational and cultural exchanges. Lewis & Clark is one of the top producers of Fulbright award winners in the country, demonstrating a sustained commitment to international education and engagement.

I will spending next year teaching English in Russia, working on my Russian, and helping to promote a better cultural understanding on both sides of the ocean. I started studying Russian because I liked the idea of learning to read again in a new alphabet, but I’ve stayed with the language because I’ve become fascinated with Russian history and literature. I’m excited to be in the teacher’s seat now, and to help that process go the other direction.

I also studied abroad in St Petersburg, Russia, when I was a sophomore, and that was when I realized that Russia has a lot more to it than snow and vodka. 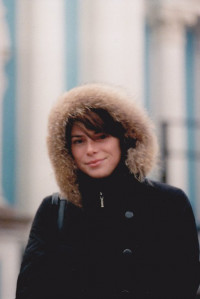 I will be traveling to Russia to teach English for a year, where I will hopefully spend as much time eating pelmeni and reading Gogol as I do teaching. I was drawn to studying Russian as a foreign language because it allowed me to start class at 11 a.m. instead of 8:30 a.m., the time that Spanish was offered. This was an impulse decision that didn’t exactly work out as I had hoped, because as any student of Russian would tell you, it would be much easier to wake up a few hours earlier for a semester than to memorize all of the Russian verbs of motion and their prefixes. I kept studying Russian because of the Russian department at Lewis & Clark, and in particular Professor Tatiana Osipovich, who is endlessly dedicated to her students and their successes.

The thing that excites me most about teaching in Russia, is that I will be able to devote a similar commitment to students and give back a bit of what I was given at Lewis & Clark. I also hope to introduce my students to the joys of a true American hamburger.

I have been speaking German at home my entire life because I come from a family with German heritage, but I didn’t learn how to read or write German until after I left high school. However, I have also studied Spanish and Swedish, and I love the process of learning a new language and trying to puzzle out what is different and what is the same as what I already know.

I am excited about teaching English because I look forward to sharing this interesting, puzzling, but gratifying experience with other young people.

Language thrills me. My sophomore year at Lewis & Clark, I found myself discovering similarities between German and Spanish, delighted with every cognate I came across. I knew then that languages were for me. With each new language I study (German, Spanish, Norwegian…), I find a new voice. I find new ways to hear, think, express, and ultimately create. Language is creation; it’s art to me.

Teaching in Austria will let me look through another lens of Germanic culture. I’ll get to use the language I love, while at the same time be challenged by something new. The dialects alone could keep me busy for months! Also, I hope to maybe instill the same love of language learning in some kid in a country thousands of miles from where I call home. Globalization can be a very cool thing. 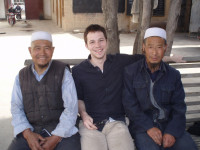 Ever since I was a young child, I have always been drawn to the study of foreign languages. While Chinese has been my primary foreign language throughout my academic career, I have also spent a significant period of time studying Malay and Indonesian. In addition, I am taking French this year.

I find that as you continue studying foreign languages, it becomes easier and easier to begin studying new ones. There are occasionally instances where these languages may get confused. However, with enough practice, this has very rarely become a problem.

I really enjoy the ability to communicate with more people from around the world than I would otherwise be able to just speaking English. Language also offers a window into the culture, society, and history of a different place. I am incredibly excited to help teach English in Indonesia, as I believe teaching English to children in Indonesia would expand their vision of the world and open new windows of opportunity, just as studying foreign languages has done for me.

I was raised in an Arabic-speaking family, but was unable to fully grasp the language until my time in Morocco last year.

Foreign languages are the avenues we take to improve international education and cross-cultural exchange. One of my most valuable experiences in Morocco was speaking with young girls about their future aspirations in education and travel. We discussed the importance of embracing new people and cultures apart from our own. They were astonished to hear that I, a woman, would soon be graduating from college, and they expressed to me their aspirations of doing the same.

This is why I applied to teach English in Morocco. The importance of education goes beyond literacy, and these cross-cultural dialogues are just too critical to pass up. 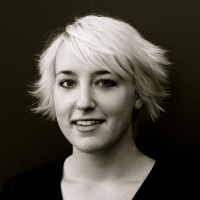 I love learning new languages and I seem to have a knack for it. I have found lots of joy in finding ways to communicate and exchange information with people from different languages and cultures during my past experience abroad, and the thought of a formal teaching setting is both exciting and scary.

Indonesia is a very foreign place to me and I am quite curious, so I will be especially determined to enhance communication between myself, my students, and my community. 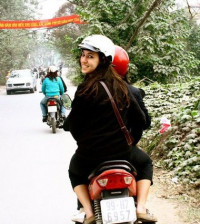 When I was younger, I wanted to learn another language because I knew it was my ticket out of Sacramento. I have always wanted to explore the world and interact with people who do not speak English. I am SO excited to teach English in Bangladesh because it is a country I know very little about. I hope that I can teach as much as I learn while I am there. 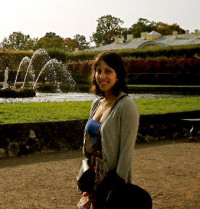 Throughout my career at Lewis & Clark I have been supported by many professors and individuals in the various language departments, as well as having had an excellent abroad experience in Saint Petersburg, Russia. Armenia is completely foreign to me, and I’m excited to once again learn a new language and experience a new culture. I’m not quite sure what to expect, but I hope to provide the same commitment and encouragement to my future students that I’ve always received.