The answers to the five clues with asterisks all share a certain characteristic. Can you spot the commonality? 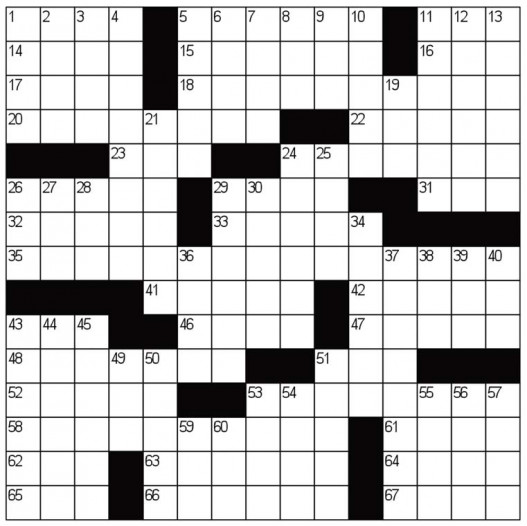 5 Original name of our college

11 Paradise of On the Road

18* It will correct corect?

20 One of four on a soccer field

24 One who testifies in court

33 They help the pot grow

35* What some international students may have

48 Many a character on Portlandia

58* Grading scales for some professors

1 Part of a performance by Momo and the Coop

2 It may be doubly stuffed

3 Home to more than half the world’s population

4* What some professors take at the beginning

6 Repetitions in the pool or on the track

7 Jemaine’s partner on Flight of the Conchords

8 The other Portland’s ocean, abbr.

9 Org. for Penguins and Mapleleafs

10 Luxury vessel (also the name of a Portland-based

12 Point the finger at

24 Aubrey who gave name to our library

25 What “video” means in Latin

27 Patient’s destination after the ER

28 U.S. news source that broadcasts in over

30 Feminine side in Jungian philosophy

45 Afterword (which looks a lot like the name of our

50 What might be served in 43D on Cinco de Mayo

54 Blemish on a car after a hailstorm

59 Where certain ashes are kept 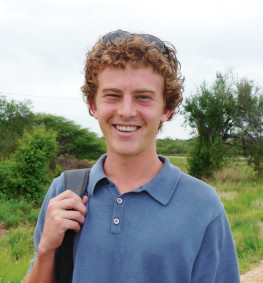 Parker Lewis’ penchant for puzzles can be traced back to childhood visits with his grandmother—the two would tackle the daily crossword together. Last year, the New York Times published two of his puzzles, and he has a few more ideas in the works. Lewis earned his BA in mathematics in 2008. Shortly thereafter, he left for Namibia, where he spent two years as a math teacher with the Peace Corps. (Check out his stories and photos by click here.)

He currently lives in Seattle and works for both Kaplan and Puzzazz, a local startup that creates puzzle apps and daily online puzzles.