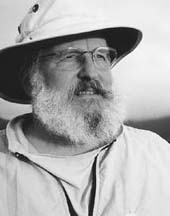 In his forthcoming book, The End of Indonesia, Roger Paget argues that the violence-wracked country will not endure as we know it, mainly because the short-term legacies of anticolonialism, nationalism, and the Cold War are weaker than the longer-term ties and interests of individual cultures, languages, and other enduring factors.

Ironically, Paget initially gravitated to the politics of the Southeast Asian archipelago when a flourishing multiethnic democracy seemed quite possible. Since the 1950s, Paget has made Indonesia the geographic focus of his scholarly career, the last 17 years of which were spent at Lewis & Clark College.

What first entranced Paget about Indonesia were its sounds, which he heard during an undergraduate ethnomusicology class. “The music appealed to me because of its huge variety,” says Paget, noting the plethora of distinct cultures on many of the 7,000-plus populated islands that, together with 10,000 or so deserted others, make up Indonesia.

Recognizing the country’s myriad cultures piqued his interest in their political implications. “Indonesia, perhaps more than any other nation at that time,” he explains, “seemed to have that promise of building a wonderful new nation incorporating all that diversity.”

He penned his senior honors thesis on Indonesian political history and attended the U.S. Army Language School, where he earned the highest qualification as an interpreter-translator of Indonesian and Malay. For his PhD in government and Asian studies, he studied under the late George Kahin, America’s foremost scholar on Indonesia. Kahin’s connections helped Paget win entrée to Sukarno, founding president of Indonesia, which led to years of translation and interpretation of Sukarno’s works. The most notable volume was the political tract “Indonesia Accuses!,” Sukarno’s 1930 courtroom denunciation of Dutch colonialism, to which Paget provided valuable intellectual and political-historical context. Today, Paget calls Indonesia “a second home,” and plans to continue his frequent visits and consultant work there in retirement.

Paget’s immersion in a culture profoundly impacted by colonialism and Cold War politics led to the high value he placed on “critical perspective and balance” in the classroom. Of the classes he taught in departments across the college, graduate school, and law school, he particularly enjoyed the first-year course Inventing America as well as last semester’s War and Military Policy class, for which he assigned the book Taliban. “I hope,” says Paget, “that students sense the need for multiple perspectives.”