A Lewis & Clark senior and five alumni will spend the next year teaching overseas after receiving prestigious awards from the Fulbright Program.

Established in 1946, the Fulbright Program fosters mutual understanding among nations through educational and cultural exchanges. Lewis & Clark is one of the top producers of Fulbright award winners in the country, demonstrating a sustained commitment to international education and engagement. 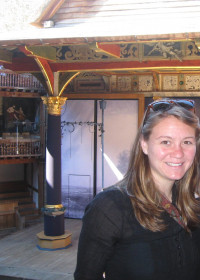 I have always wanted to become fluent in a foreign language. I was drawn to German since a majority of my family either lives in Germany or has German roots. I enjoyed my German classes because I wasn’t just learning the language, but also learning about a part of myself.

I am really excited to move to Austria and become fluent in the language. I think learning about Austrian culture and language is a top priority for me. However, I am also excited to teach my students about my culture. I hope that I can foster a better understanding of American culture and explain or eliminate some stereotypes of Americans. I also have a strong interest in pursuing a career in education, so I look forward to the chance to practice lesson design and learn from the teachers I will be working with.

I first studied Chinese at Lewis & Clark, and while studying abroad, I also studied Dutch and Vietnamese. I love learning languages because I can get to know people so much better in their own tongue. I am excited to continue teaching English in a completely different setting than I am in now. 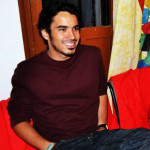 I began learning Spanish at a very young age due to a requirement in the teaching curriculum in my hometown. Since then, I have been aware of the advantages of bilingualism. Learning a second language opens up another world. When you are bilingual, you discover alternative forms of communication through new expression, including musical lyrics and poetry. Even day-to-day conversation is distinct.

When I arrived at Lewis & Clark, I decided to focus on another foreign language. This was the first time I had the opportunity to branch out and study something besides Castilian. I chose German because of its similarity to English and some German ancestors in my family. Six years later, I am still incredibly enthusiastic about my choice.

I am looking forward to the challenge presented by teaching English in Austria. Although I have already been an English language assistant in Spain and am familiar with demands of instructing in my native tongue, Austria will be a new experience. I am excited to use what I already know as well as adapt to a new culture to be successful as a teacher.

Language thrills me. My sophomore year at Lewis & Clark, I found myself discovering similarities between German and Spanish, delighted with every cognate I came across. I knew then that languages were for me. With each new language I study (German, Spanish, Norwegian…), I find a new voice. I find new ways to hear, think, express, and ultimately create. Language is creation; it’s art to me.

Teaching in Austria lets me look through another lens of Germanic culture. I get to use the language I love, while at the same time being challenged by something new. I hope to instill the same love of language learning in some kid in a country thousands of miles from where I call home. Globalization can be a very cool thing. 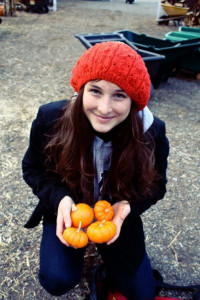 Language, in my experience, is a powerful tool to not only communicate, but to connect. When you learn a language different from that of your own, you gain a much deeper sense of understanding and appreciation for a country and its people that is not otherwise possible. Ultimately, language for me has been a vehicle to gain greater insight into places beyond a mere traveler’s perspective, garnering me an important tool to explore the world on a significantly deeper level.

I am excited to teach English in South Korea for many reasons, but I’m especially excited to live and immerse myself in a culture so different from that of the one I have lived and grown up in. I am excited to push myself to move beyond what I am accustomed to and comfortable with, exploring the intricacies of a different part of the world.