Balancing a Sea of Change 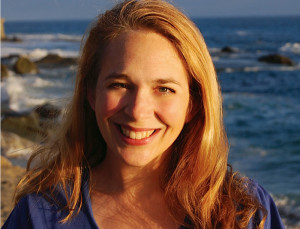 A week’s sail from land, Kim McCoy was aboard a ship owned by the Sea Shepherd Conservation Society. The weather worsened, tossing the vessel around like a rag doll while the captain struggled to steer clear of treacherous ice chunks called “growlers” in the Southern Ocean Whale Sanctuary off the coast of Antarctica.

The year was 2007. Just months out of law school, McCoy, who was Sea Shepherd’s executive director at the time, was serving as a quartermaster on board the flagship vessel, the Steve Irwin. McCoy was a crew member during the initial filming of Whale Wars, the Discovery Network’s reality TV show documenting Sea Shepherd’s confrontational campaign against Japanese whaling.

What began as an uneventful campaign quickly evolved into “one that would make history,” says McCoy. In an effort to hand-deliver an Australian court order banning the whaling activities of a Japanese fleet, two volunteers were taken hostage and flash-bang grenades were thrown at the Steve Irwin. Thankfully, all ended well, with the safe return of the crew members and hundreds of whales saved after months of hot pursuit.

“I’m a person of extremes,” says McCoy. “I tend to give 150 percent to any project I’m involved in.”

McCoy’s journey into advocacy work began with an article she received from her aunt about eating “humane” meat. Research led her to the 2003 National Animal Rights Conference, a vegan lifestyle, and her blog Vegan Mama. 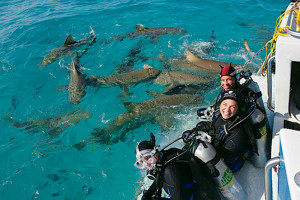 “Law school was a bit of a blur,” she says. “I went in with the mindset of taking full advantage of every opportunity.”

She was editor-in-chief of the Animal Law Review and traveled to Sri Lanka on a Public Interest Law Project scholarship. Based in Colombo, she worked at the Centre for Environmental Justice, not long after the country was hit by a tsunami. McCoy was also active in numerous animal law conferences, advocacy groups, and moot court    competitions—and volunteered at the Lighthouse Farm Sanctuary in Salem.

While studying for the Oregon State Bar, she was contacted by Paul Watson of Sea Shepherd, whom she met years earlier at an animal rights conference. He asked her to join him, and she gladly accepted, launching her career into ocean advocacy.

In 2012, she became executive director of the One World One Ocean Foundation. It works closely with MacGillivray Freeman Films, the world’s leading producer and distributor of educational IMAX theater films like To the Arctic, The Living Sea, and an upcoming film based in Indonesia. The foundation’s goal is to educate and inspire people to actively protect the world’s ocean. (The foundation adheres to the principle that there is only one large ocean on the planet, connecting many ocean basins.) 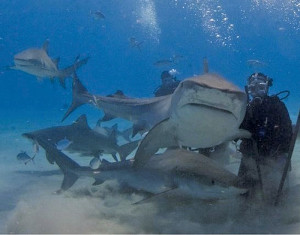 “The foundation designs educational programs, including lesson plans and materials, to complement each new film,” she says. “It also works with other nonprofits and contributes to global enforcement and education efforts, specifically related to marine protected areas.”

Recently, McCoy left One World One Ocean to spend some extra time with her son, Zander, who just turned 3. “He’s at an incredibly wonderful age, and I want to soak up every minute of being with him,” she says. “He’s been my saving grace, teaching me about balance and keeping me from burning out. I want to model that a life of activism
is not only necessary but also sustainable for the long haul.”

She anticipates taking about a year off and visiting family here and abroad, while remaining a committed activist in her spare time.

“I’ve been extremely fortunate,” says McCoy. “In my work life and my home life, I’ve been exposed to so many people around the world who inspire me, who work selflessly to protect what they love, and who remind me of the goodness of humanity.”