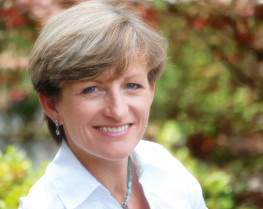 I first came to Oregon way back in the fall of 1979. I was about to start school at Lewis & Clark, and my parents drove me on the 1,300-mile trip from Colorado.

I sat in the backseat along with my navy blue metal locker, a large-ish suitcase, and my electric typewriter. I was dreaming about moving into my dorm room, worried about whether my roommates would like me, and trying to fathom what college life would be like. I was pretty quiet on the trip, as I remember.

We pulled up to my dorm on the Lewis & Clark campus, which was and still is gorgeous, by the way. I was immediately taken by the stately brick manor house, the cobblestone roads, and the formal gardens with a reflecting pond that mirrored Mount Hood. Our dorms were less grand, but I was nevertheless thrilled. This would be my new home! There was the dining hall! There was the laundry room! For the first time in my life, I would live in a place apart from my family.

My parents helped me cart my stuff to my new room. We met my new roommates, who, as it would turn out, liked me just fine, as I did them. We then headed to the local Fred Meyer store to pick up some laundry detergent, toiletries, and a plant or two before my parents had to start their long drive back to Denver. It was time to say goodbye.

I had prepared for this moment. I gave them each long hugs, and then, just as they were climbing into the car, handed them an envelope containing a letter I had written before we left on the trip. I don’t remember the exact wording, but the message was something like “Thanks so much for raising me. I appreciate all your love and hard work. I’ll take it from here.”

I’m sure my parents still have the letter in a drawer somewhere, but I’m afraid I would be mortified to read it. Oh, the arrogance of being 18 and so sure of myself, believing that I was already grown and that my parents were somehow “done” parenting me. Now that I have four children of my own, I know that parents are never done.

Yet I also figured out something else lately: I wrote that long-ago letter not for my parents’ benefit but for my own, even though I didn’t realize it at the time. It was my farewell to my childhood.

I’ve been thinking a lot about transitions lately. It seems like everyone in my family, and many of my friends, are dealing with major life transitions. Some are “happy” transitions, like marriage, graduation, or new jobs. Some are difficult transitions brought on by death and serious illness. Some were expected or chosen. Some were imposed and caught everyone by surprise.

It has sent me back to a favorite writer on the subject of change, William Bridges. His work reminds me that everyone will experience changes that bring with them both opportunity and turmoil. Change is not the same things as transition, however. A change is sudden and swift. One day you live with your parents; the next day you live in a dorm. A transition, on the other hand,  is the psychological journey you go through to integrate the change into your life.

While we may think that changes happen to us, we have some choice about whether we manage a transition well or badly. By giving proper attention to each stage, it’s possible not only to survive a transition but to thrive. You grow bigger through the process. You learn.

And this, I think, is why I wrote that letter to my parents. I somehow figured out that I was starting the biggest transition of my young life. That day marked not only the beginning of my new life as a (somewhat) independent college student, but also the ending of my journey as a little girl. I felt the need to mark it somehow, to say goodbye to something I was letting go. Being a writer, I decided to capture the step in a letter.

I shouldn’t be surprised when life circles back on itself. Last fall, we drove our youngest daughter to her chosen college with her bags and boxes and bedding, and she embarked on her new adventure. This time around, my daughter was the one standing there in the parking lot while I got in the car and drove away to a newly empty house.

Perhaps this time I should write a letter to myself.

Adapted from one of Burke’s blog posts, which can be found at iamstory.com. Burke is the owner of I Am Story Studios, where she pursues projects at the intersection of story, psychology, and art.