The Future of Higher Education

Lewis & Clark fosters important community conversations. Every semester, the college hosts a series of conferences, lectures, and symposia that promote the liberal arts, help spark new ideas, and encourage dialogue on campus. We value critical debate, discourse, and discussion on issues that inform our time—including race and ethnic studies, environmental justice, international affairs, and the state of higher education.

On April 10, approximately 70 college presidents and other leaders in higher education from around the country gathered on campus for a candid exploration of what college might look like in 2025. 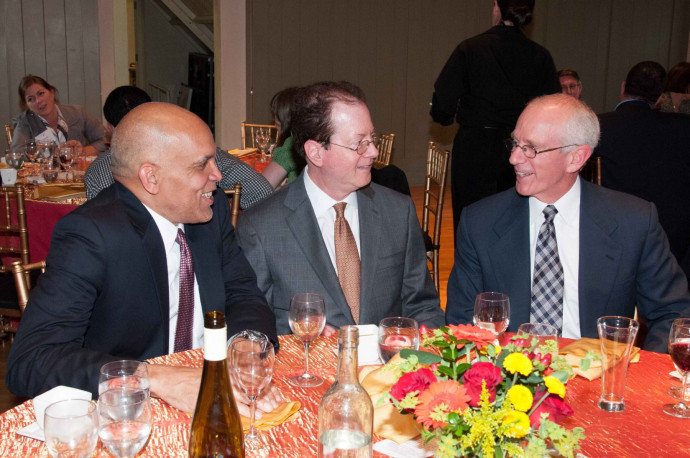 Hosted by Lewis & Clark President Barry Glassner, the daylong conference probed issues including the future of technology in college and university instruction, the economics of postsecondary education, higher education’s public voice, and the future of the humanities. The presidents of Bennington, Denison, Grinnell, Northwestern, Pomona, Vassar, Trinity University, and numerous other colleges and universities attended, with several serving on panels. Also participating were student-life and academic deans, as well as several top editors and association heads.

“The range and prominence of the leaders who took part, combined with the incredibly well-informed, insightful, and candid conversations, made this a unique and extremely useful event,” President Glassner said. “It’s another example of Lewis & Clark gaining ever more prominence as a convener of some of the most important conversations happening in our society today.”