The life of a college professor leaves little free time for other pursuits. Between teaching, doing research, grading assignments, holding office hours, and fulfilling departmental obligations, professors have their hands more than full. Yet many understand the need for a healthy work-life balance and pursue a variety of avocations that invigorate their lives both inside and outside the classroom. Here are a few examples from the College of Arts and Sciences. 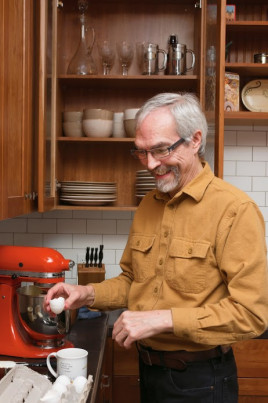 “Once I felt I had the teaching thing down, I decided to make cheesecake.”

Origin story: In 1979, my brother, Hank, and I were living at my mom’s house. He was just out of the army, and I had recently returned from the Peace Corps. He decided that he absolutely had to learn how to make these cakes he had tasted in Germany—so we made cheesecake. He was the driving force, but there was always a cheesecake in the fridge. We ate two, three slices a day, every day. We were out ice skating, riding bikes, whatever, just so we could undo eating all that cheesecake.

Why cheesecake? Once you learn how to do it, it’s easy to make different flavors and varieties. If I were invited to a potluck and I showed up with something else, I don’t think I’d be invited back. I’m not really big on cooking, though—just making cheesecake. What else do you need? I’ve had students over who wanted to learn how to make cheesecake. One of them emailed me later, once he was in grad school, and told me that learning how to make cheesecake was one of the most important things he learned in college.

How does your alter ego relate to your professional identity? My hobbies don’t have anything to do with math. The whole point is to do something completely different. My life isn’t defined by being a mathematician. I’m always looking for other stuff to do. 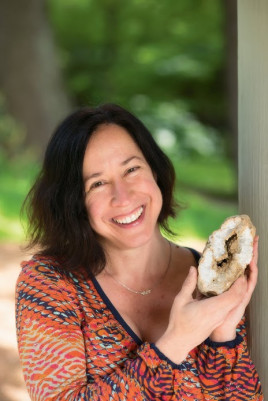 “Some of the elements in the rocks I find could have spent time in a dinosaur body!”

Origin story: I spent my childhood poking around and looking at things on the ground. I’ve been collecting rocks since I was a small child.

Why rocks? Each rock has a story and a history—and the elements contained within them have their own independent histories. All of these qualities come together and break apart. Some rocks have spent time in volcanos or deep under oceans. My family farm in Indiana is on a fossil bed rich in crinoids [marine animals] from the Carboniferous period, which dates back more than 300 million years ago! I was in my late teens before I realized that what we called “Indian beads” were really extinct animals. I was in my 20s before I realized those extinct animals are related to modern sea urchins and starfish. How cool is that?

How does your alter ego relate to you professional identity? I’m riveted by the puzzle of how life has evolved to become as diverse as it is. This puzzle is closely tied to the history of the earth, and rocks include little pieces of that history. 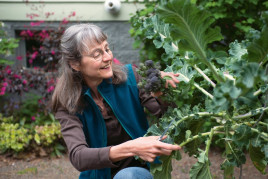 “Mowing is not gardening”

Origin story: Like being a biologist, I think being a gardener was always there for me. I can’t think of a time when I wasn’t curious about the world around me, and I can’t remember a time when I didn’t want to dig in the dirt. My parents dug in the dirt—we always had a vegetable garden and grew flowers. It was just something I came by.

Why gardening? One of the reasons I love gardening is that it takes every single thing I know as an ecologist and gives me a chance to use it to produce either something beautiful or something delicious.

How does your alter ego relate to your professional identity? The kind of science I do is all about understanding patterns in nature, and you can’t really do that unless you’re attentive to what you see. In that sense, gardening is constantly raising questions for me as a scientist. I wonder why this or that is happening, and it presents an opportunity to do mini experiments to try to get the answers. 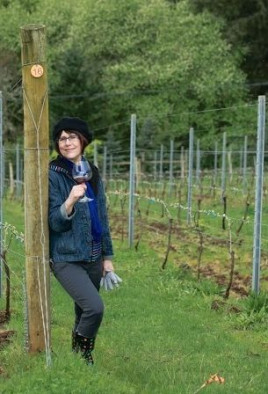 Associate Professor of Anthropology, Director of the Gender Studies Program

“One of my great joys is that my work and avocational pleasures are intertwined.”

Origin story: I’ve always appreciated the food and wine from particular places. My research on anthropology and food led me to the concept of terroir, the taste of place, and this has led me to explore wines from many different places.

Why wine? Wine and winemaking are complex—on the palette, in the vineyard, and in the cellar; wine is endlessly interesting. I am always learning something new. And wine really does connect both art and science—with a dash of magic.

How does your alter ego relate to your professional identity? As an anthropologist, my academic and personal interests have always been intertwined. That’s how I ended up in anthropology in the first place—we do our work in the world. We spend time in the library too, but our primary research is done through engaging with the world. With my research on wine and food, I feel blessed to be able to work and play at the same time! 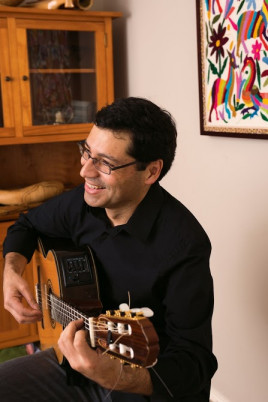 “I can’t imagine my life without music.”

Origin story: I started singing when I was 9 or 10 but didn’t take formal music lessons until later. I started rather late. When I was 18 or 19, and studying something else, I realized that I really loved music. I began exploring and learning to play all kinds of instruments—flutes, guitars, percussion. Music became one of my passions.

Why Latin-American fusion music? Matices Latin Ensemble is a band I put together. We play a fusion of traditional folkloric music with Latin jazz, bossa nova, and contemporary styles. We mostly play our own compositions. I started out playing traditional music from the Andes, and then I studied music in Cuba—specifically, Afro-Cuban percussion. I’ve also studied a little bit of classical guitar. Over the years, I’ve gone through different stages and learned different styles of music. With this band, we put all that together.

How does your alter ego relate to your professional identity? When I first started working at Lewis & Clark, I focused on my academic life and my research. But at the same time, I kept a little bit of music going and tried to find a balance. I feel so fortunate to have my academic life and also be able to play music with such talented musicians. I get to share my love of literature and music through teaching and performing. I’ve found a perfect balance. 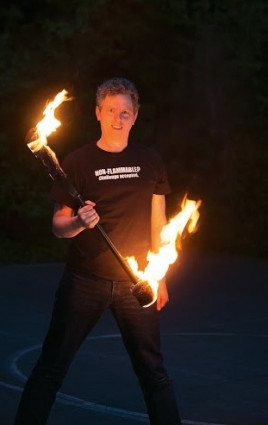 “Everybody’s gotten a few injuries, but nothing more severe than cuts bruises and a few second-degree burns.”

Origin story: Every spring, the Hawai’i Club holds a big lu’au, and one year, I took part in the faculty-staff hula. But at the end of the show, I saw people doing fire-knife dancing. When the organizers asked if I would participate in the lu’au again, I said, “Hey, if I can’t juggle fire, forget it.” Later, at the Student Activities Fair, I told this story to the students at the fire arts table. They said, “Come on by, we’ll teach you how to do it,” so I did. I’ve been doing it ever since. I’ve been in four lu’aus now, doing fire.

Why fire dancing? It’s not an academic pursuit, certainly. It looked visually impressive and dangerous. It’s sort of odd—I’m not a graceful or athletic person. As a child, I was always the one who was afraid of the ball, and now I’m catching flaming knives.

How does your alter ego relate to your professional identity? It’s nice because it gives me an opportunity to reverse the relationship with students: they’re teaching me, and I get to experience what it’s like to have difficulty learning something. Some students have past experience as dancers, jugglers, or martial artists, and they can master new movements immediately. I need to work on them much longer. But it’s so satisfying when you pull off a really high toss.