Each year, students from the College of Arts and Sciences and Lewis & Clark Law School reflect on the extraordinary teaching of their respective professors and select one for top teaching honors. 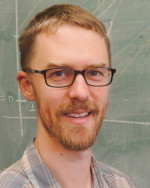 AllenThis spring, students in the College of Arts and Sciences named Paul Allen, assistant professor of mathematics, Teacher of the Year.

“Taking a class with him changed my relationship with math,” writes one student nominator. “I’ve always loved math, but it was a superficial love. I loved math because I could do it… not because I understood why it worked. Paul filled that void in my nerd brain.”

The Teacher of the Year is named each year by members of the Pamplin Society of Fellows, who solicit nominations from undergraduate students. 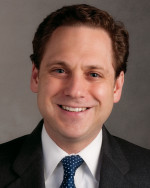 Oleske’s research focuses on the intersection of religious liberty and other constitutional values. Prior to joining the law school, he served as special assistant to President Barack Obama and chief of staff of the White House Office of Legislative Affairs. Oleske earned his BA from Middlebury College and his JD from Georgetown University Law Center.

Jordan Schoonover, a class of 2014 graduate, presented the award at commencement. “I was very excited to give this award to Professor Oleske,” says Schoonover. “His work ethic, sense of humor, and commitment to helping students succeed make him an outstanding teacher.”

The law school’s teaching award is named for Leo Levenson, who was a distinguished Oregon attorney and a highly respected instructor at the law school for many years. It is presented annually to a faculty member selected by the graduating class.