Ken Shores, professor emeritus of art, died on July 29, 2014. For more than half a century, he was an influential member of the Pacific Northwest art scene. 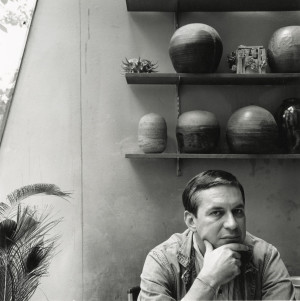 Ken ShoresAs a faculty member at Lewis & Clark from 1967 until 1994, Shores played a key role in shaping and leading the art department.

“You can’t train anybody to be an artist,” he once said about his approach to teaching at the college. “That comes from inside. But you can train students to use their eyes, and you can teach technique.”

Born in Lebanon, Oregon, in 1928, Shores served in the U.S. Army in 1951 and 1952 in Germany. Before and after his military service, he attended the University of Oregon, earning his bachelor’s degree in 1955 and his master of fine arts degree in 1957. Before joining the Lewis & Clark faculty in 1967, he served for 10 years as director of the Contemporary Crafts Gallery in Portland.

Shores was a sculptor who worked in clay. In the 1940s, his fascination with the material focused on creating elegantly glazed ceramic vessels. In the next decade, he moved away from the pottery tradition to create more sculptural work that revealed a wide range of influences, including Bauhaus modernism and the visionary Catalan architect Antonio Gaudi. Later on, he began embellishing his clay sculptures with feathers, stones, and other materials. 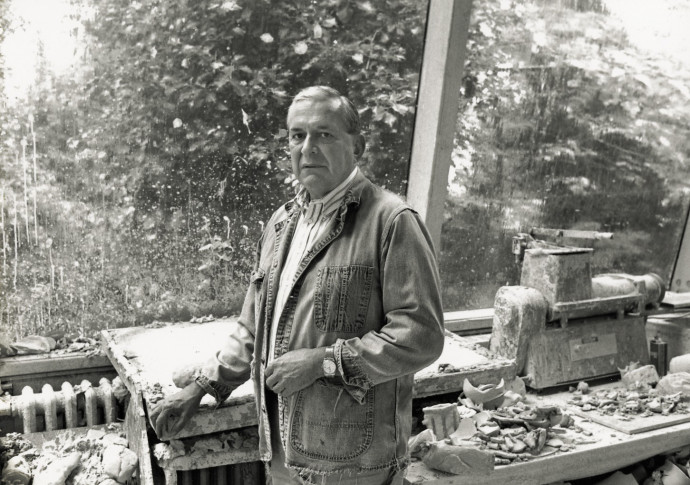 In 2008, the Museum of Contemporary Craft in Portland staged a retrospective of his work, titled Generations: Ken Shores. The exhibit, noted the Oregonian’s D.K. Row, “tells us that he was more than a brilliant craftsman, Modernist or freewheeling ’60s creative. He was a singular artist who embraced many ideas on his own terms.” Shores’ work is part of many public and private collections, including the Portland Art Museum, the Seattle Art Museum, and the Smithsonian Institution’s Archives of American Art.

“Ken Shores was truly influential in the Portland arts community as an artist, teacher, and arts administrator,” says Linda Tesner, director of the Hoffman Gallery of Contemporary Art at Lewis & Clark. “His own studio practice elegantly navigated the conversation between art and craft, and his beautiful ceramic work proves that objects can be both.”