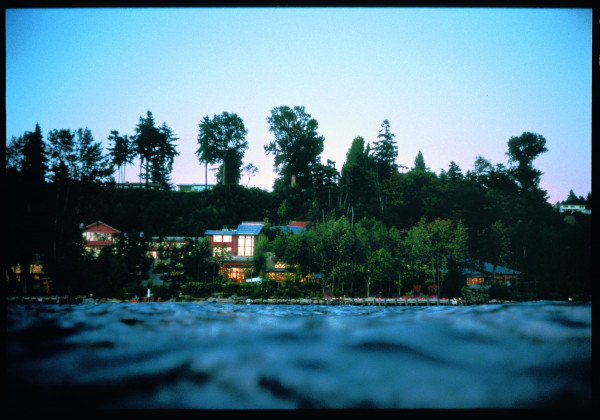 Reinventing Documentary: The Art of Allan Sekula will present a small yet considerable survey of Sekula’s prolific and important career. Beginning with his 1972 Self Portrait as Sculptor/Painter/Photographer, which marks Sekula’s early shift to photography as his primary medium and documentation as his central focus, the exhibition will span Sekula’s forty-plus-year career as an artist, writer, and activist. Included in Reinventing Documentary is Sekula’s Dear Bill Gates (1999), in which Sekula wrote an open letter to Gates regarding his 30 million dollar purchase of the Winslow Homer painting, Lost on the Grand Banks (the highest price ever paid for an American painting). Accompanying the letter is a triptych of photographs documenting Sekula’s performative act of swimming as close as possible to the Microsoft founder’s estate in Medina, Washington, without triggering underwater sensors.

Allan Sekula (1951-2013) was a photographer, theorist, historian, writer, and educator who lived and worked in Los Angeles, California. Throughout his career, Sekula repeatedly returned to the theme of the sea as the backdrop for nefarious economic practices. Sekula’s work expertly utilizes the tenets of photography, film, and writing with other artists forms to examine the effects of a globalized maritime economy, including the system of work shipping under flags of convenience that shield substandard vessels and exploitative labor conditions. There are few artists today armed with such an advanced and comprehensive understanding of the theoretical, aesthetic, and cultural traditions underlying photography as an art form. This small survey of work notes the significance of Sekula’s practice.

Tuesday, February 24
Miller 105
6:30 p.m.
Photo historian Blake Stimson is a professor at the University of Illinois at Chicago.

Catalog for Reinventing Documentary: The Art of Allan Sekula