In the Pioneer Tradition

From 1947 to 1964, Lewis & Clark’s legendary coach Joe Huston established a winning football tradition paired with a high academic standard, which earned the Pios a deep level of respect among their peers. According to Jack Howard, who was Lewis & Clark’s president at the time, Huston “gave this college a vision of excellence in achievement which has never been relinquished.” New head football coach Jay Locey is reawakening this proud tradition for a new generation of Pioneer football. 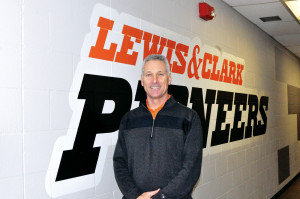 Jay Locey, new head football coach.But Locey also realizes that this tradition extends to every Pioneer who has donned the orange and black. In one of his first efforts to unite players past and present, Locey held a Football Network Dinner on April 21. The event featured several former players who shared their career paths with current players. The program is part of a larger effort to build an alumni network and create mentoring opportunities for student-athletes.

The next chapter will take place during this fall’s Homecoming and Parents Weekend, when Lewis & Clark will host an all-class Football Reunion. That same week, the Office of Physical Education and Athletics will host the 38th Annual Hall of Fame Dinner (October 16) and the 12th Annual Tailgate Extravaganza (October 17) at the Pioneer football game against Pacific University.

To become part of the mentoring network or to participate in the football reunion, email pac@lclark.edu.

Taking a Slice Out of the Competition 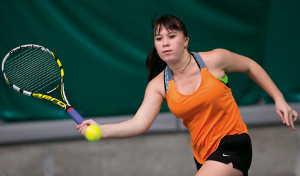 Summer Garrison CAS ’18, the first women's tennis player to qualify for the NCAA Division III Tennis Championships.With six freshmen and just three upperclassmen taking the court for the 2015 season, the Lewis & Clark women’s tennis team still managed to work its way into the national rankings, peaking at No. 31. The Pioneers opened Northwest Conference action on a tear, rattling off 13 consecutive wins before falling to No. 25 Whitman. The two teams met again in the NWC Championship, where the Missionaries barely defeated the Pioneers. For their work on the court, junior Aurora Garrison and first-year Summer Garrison (yes, they’re sisters) were named to the Northwest Conference First Team, while first-year Wiktoria Plawska was named to the Second Team. 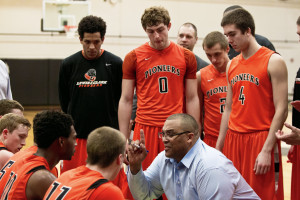 Head basketball coach Dinari Foreman BS ’95 with his team.For the seventh consecutive season—and for the fourth straight time under head coach Dinari Foreman BS ’95—the men’s basketball team earned a spot in the Northwest Conference Tournament. It was also notable for being the first season in which the Pioneers advanced out of the first round of the NWC Tournament with Foreman at the helm. After defeating the Whitman Missionaries 84-73 in the first round of the tournament, the Pios faced off against No. 16 Whitworth in the title game. Despite 30 minutes of competitive play, the Pioneers could not overcome the experienced Pirate team. For their work on the court, juniors Jason Luhnow, Serg Ovchinnikov, and Carl Appleton were all named to the All-Conference Second Team. 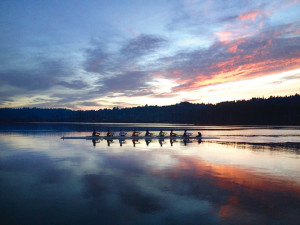 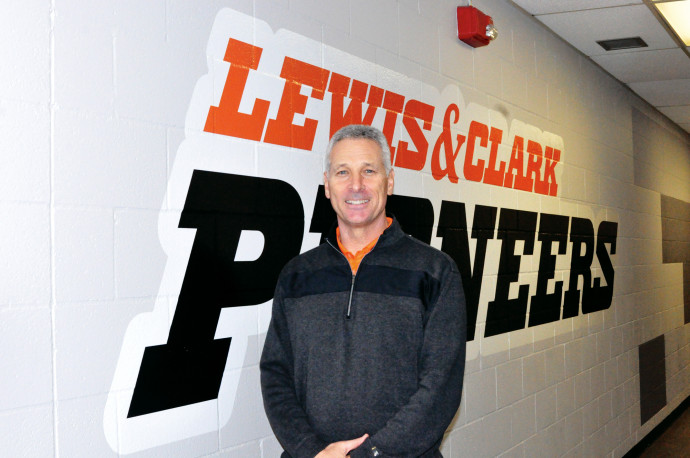