Despite popular belief, conservatives exist at Lewis & Clark, and the current student body president happens to be one.

Following my first year at Lewis & Clark, I interned with a Republican congressional candidate during the 2012 election cycle and realized that Lewis & Clark lacked a platform for conservatives to voice their political beliefs and engage in critical dialogue on campus. Upon this discovery, I decided to found a Lewis & Clark College Republicans chapter. 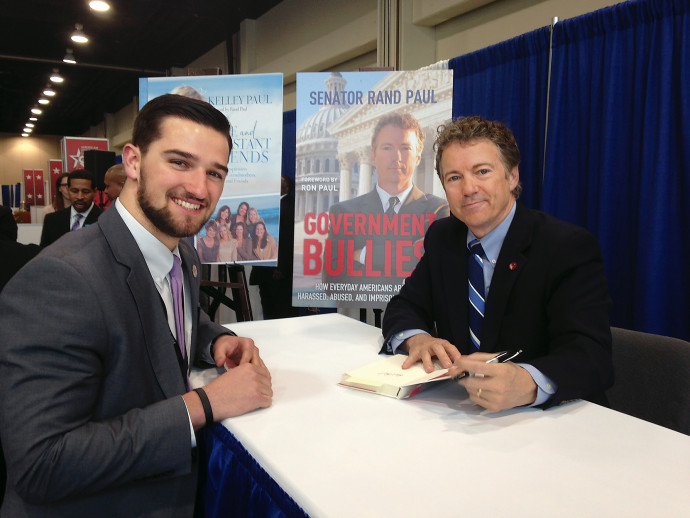 Earlier this semester, Brad Davis CAS ’18, the current president of the Lewis & Clark College Republicans, and I were invited by the Oregon Federation of Young Republicans to be Conservative Political Action Conference (CPAC) delegates. CPAC is an annual political conference attended by concerned citizens, conservative activists, senators, congressman, state legislators, and potential Republican presidential candidates. During the conference, attendees are encouraged to fill out a survey that asks questions on a variety of national and international issues. CPAC also hosts an annual straw poll vote, which traditionally serves as a barometer for the current status of the conservative movement. Most conservatives agree that the primary purpose of CPAC is to quantify conservative opinion for potential Republican candidates via delegate votes.

As a civically engaged 22-year-old, I enjoy mulling over the most pressing issues facing my fellow U.S. citizens and the citizens of the world. I have been critical toward my party in recent years, but only because I believe that the Republican Party is in a critical transition period: Ideas from every conservative faction are clashing, thus giving us the opportunity to forge a 21st-century platform reflecting the best ideas from every faction. CPAC provided me the opportunity to immerse myself into the current ideological state of the Republican Party and engage in critical dialogue on everything from criminal justice reform to college affordability. I attended the conference with the hope of reaching an ideal consensus through civil discourse with fellow conservatives and exposure to policy experts and party leaders. 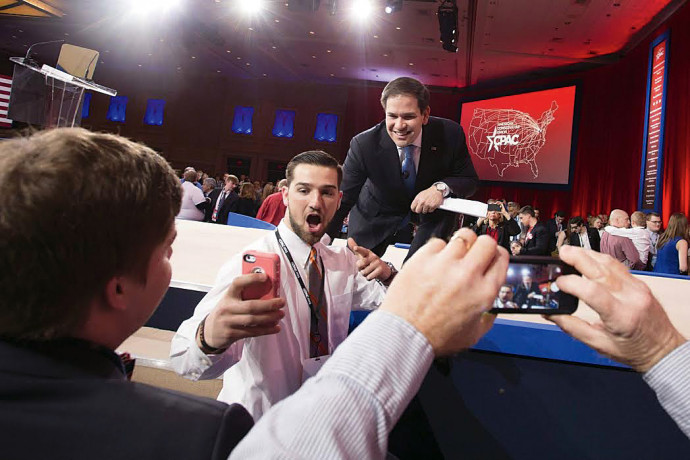 I decided to attend Lewis & Clark for a similar reason: I wanted to challenge my political beliefs with the goal of developing a grounded, well-reasoned political philosophy. At Lewis & Clark, we strive to be a vibrant community of scholars, alive to inquiry, and open to a diversity of opinion. Today, however, some members of the Lewis & Clark community harbor little empathy for conservative thought. They are quick to stereotype Republicans, despite the fact that the party is made up of neocons, libertarians, social conservatives, establishment Republicans, RINOs, progressives, Log Cabin Republicans, moderates, and everything in between. They find it difficult to associate the Republican Party with positive intent.

As the current student body president, I have joined various students and student groups in addressing national and local issues including college affordability, cultural competency, sexual misconduct, and more. When we are focused on resolving issues on campus, we tend to accomplish incredible feats. When we focus on grouping others based on stereotypes, we tend to miss opportunities. We tend to create unfounded division, which hinders our ability to understand another point of view.

Moving forward, let us not be quick to divide one another based on our differences or preconceived notions, but let us steer our attention to our common interests and to the means by which our differences can be resolved for the betterment of all. Let us renew our optimism; band together as a community of scholars vigorously engaged in learning, teaching, and creative inquiry; and see what transpires.

Lincoln Boyd is a political science major. He is the 2014–15 president of the Associated Students of Lewis & Clark and is a member of the Lewis & Clark College Republicans.