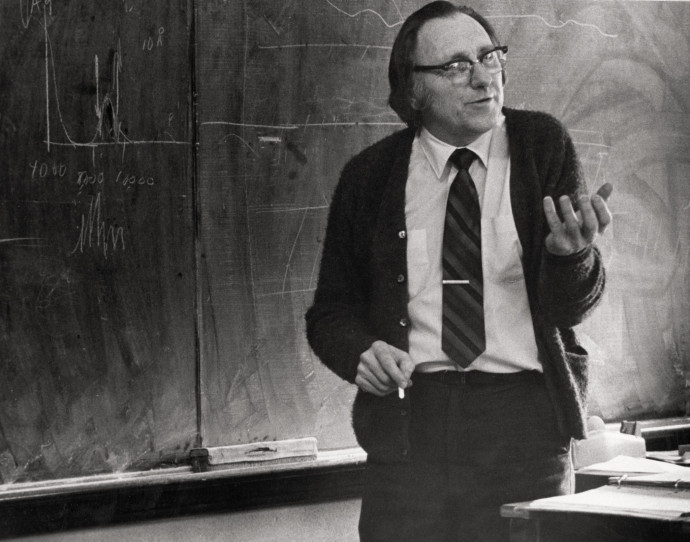 Martin won a full scholarship to attend Reed College, where he completed his baccalaureate degree in 1941, shortly before the United States entered World War II. A committed Quaker, Martin spent three years (1943–46) as a conscientious objector working in North Dakota on a land reclamation project. After marrying Roberta Pruitt, Martin attended the University of Michigan, where he earned his M.A. (1947) and PhD (1956) in physics.

Martin and his family returned to the Northwest in 1956 when he accepted a faculty position at Reed College. Six years later, he joined Lewis & Clark, where he served from 1962 until 1985. After his retirement, he continued to teach occasional courses at Lewis & Clark and to conduct research with a colleague at Reed.

Martin played an important role in the development of undergraduate science education both at Lewis & Clark and in the physics profession. He was active in the Oregon Section of the American Association of Physics Teachers, the Consortium of Seven Willamette Valley Colleges for Nuclear Science, and National Science Foundation initiatives.

During his tenure, Martin advocated for better teaching and research spaces for the sciences at Lewis & Clark. Over the years, he secured funding from NSF and Tektronix for research, equipment, and program enhancement. He was also a member of the planning team for Olin Center for Physics and Chemistry, which opened in 1980.

Throughout his career, Bob’s primary commitment was to his students. “I remember, and now marvel at, how he taught physics,” says Herschel Snodgrass, professor of physics at Lewis & Clark and one of Martin’s former students at Reed. “He never seemed to actually present a theory or a problem solution, but rather to somehow stay just enough in the background while we, his students, examined it, so that when it was done we felt the joy in the discovery as if it was our own, as if it was we ourselves that had done it.”

Survivors include his wife, Roberta, their four children—Craig, Laura, Chris, and Doug—and his four grandchildren. With them he shared a love of music. Martin had a great tenor voice and performed locally in choral groups and theatrical performances, including collegiate performances of Gilbert and Sullivan. 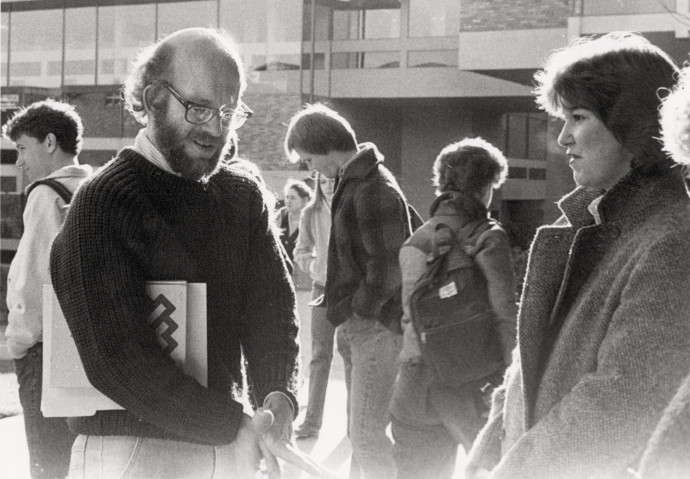 After graduating from Lewis & Clark, Schmidt went on to earn his M.A. (1965) and his PhD (1969) in mathematics from the University of Oregon. He then moved to Illinois State University, where he served for four years as an assistant professor of mathematics. But the Northwest called—and so, too, did a desire to engage more fully in the kind of undergraduate teaching he had experienced as a student at Lewis & Clark.

In 1973, Schmidt accepted a position at Lewis & Clark and moved back to Portland with his wife, Holly Heid Schmidt BA ’64, and their first child, Amanda. Soon after, their daughter, Gillian, was born.

Schmidt was a devoted teacher who set high expectations for himself. He summed up his goals as a teacher by quoting a student who said, “This class was awesome! It opened up mathematics to me.” Said Schmidt, “I aim for this target with every class.” Much of his teaching took place outside the classroom, during some 15 to 20 hours a week of meeting with students in his office. In recognition of his outstanding pedagogy, Schmidt won the Burlington Northern Foundation Award for teaching excellence in 1987.

Schmidt was a man of great integrity. “You always knew where he stood,” said Dick Rohrbaugh, Wright Professor Emeritus of Christian Studies. He added that Schmidt was “a terrific friend—loyal, kind-hearted. He had a spot in his heart for the underdog.”

The Schmidts enjoyed international travel. Schmidt spent a year as a visiting fellow at the University of Warwick, Coventry, England, and another year as a visiting lecturer at the University of Auckland, New Zealand. Harvey and Holly led four Lewis & Clark overseas study programs—two to Indonesia (in 1990 and 1992), one to Turkey (1996), and a summer program in Japan.

Outside the classroom, Schmidt was an ardent climber, distance runner, and sports fisherman. He was also an avid concertgoer and supporter of the musical arts. Up to the last year of his life, he and Holly were regular attendees at concerts on campus and in the city. 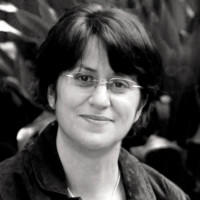 Sara EspositoSara Exposito, assistant professor of education, died February 8, 2015. She worked at the Graduate School of Education and Counseling from 2006 to 2014.

Exposito came to Lewis & Clark after completing her PhD in education at Claremont Graduate University in 2004. A specialist in ESOL studies, she quickly assumed a leadership role in the graduate school’s Department of Teacher Education, as well as in statewide efforts to improve the classroom experience and academic achievement of English language learners. Exposito was also a highly regarded and nationally sought-after consultant, working on major school reform projects in Chicago, Los Angeles, and Kauai, Hawaii. Her ability to move from the complexity of the classroom to the complexity of large public school bureaucracies was extraordinary.

Exposito was much beloved by colleagues for her boundless warmth, her strength of spirit, and relentless commitment to her students.

Survivors include her son, Josh Tutek BA ’12, who studied psychology at Lewis & Clark. He is now a doctoral student at the University of Alabama.

McIlroy served Lewis & Clark and the Graduate School of Education and Counseling for nearly four decades until her retirement in 2011. She also served her professional community with commitment and distinction at the local, state, and national level. Her research focused on women at midlife and, later, on the human- animal bond. She advocated for legislation related to mental health issues and was a member of the American Counseling Association and the Oregon Counselors Association.

Joan earned her undergraduate degree from Fontbonne College in St. Louis and both her master’s and doctoral degrees from the University of Colorado at Boulder. She was married to Robert McIlroy, who founded the counseling psychology program at Lewis & Clark in 1972. He died in 2008. Survivors include her three children. 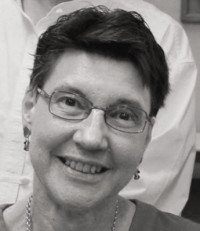 Galyen earned her undergraduate degree in elementary education in 1970. Five years later, she returned to Lewis & Clark and worked in the bookstore. A year later, she joined the College of Arts and Sciences’ registrar’s office and became a valuable addition to the staff under registrar Bob Wilkin. In 1987, she was promoted to the position of assistant registrar of the law school, working with Vesta Harrison. When Harrison retired in 1988, Galyen was promoted to registrar and served in that role until 2013.

Throughout Galyen’s career in both registrar offices, she set and maintained the highest of standards in providing service to students, faculty, administration, and alumni. Her quick smile, sense of humor, and lively debates were legendary.

She is survived by her mother, sister, brother, and several nieces and nephews.