The Instincts of a Champion 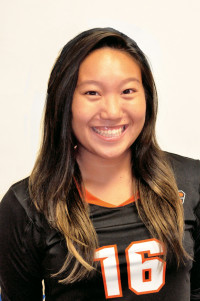 In a game as fast-paced as volleyball, instinct can be the difference between making a play and giving up a point.

During this past season, no one in the Northwest Conference made more plays than Lewis & Clark’s Alexe Navarro. As a libero, Navarro is primarily responsible for the defensive receiving of the ball to start each possession. She excelled in this role last season, earning the conference’s Libero of the Year award while also setting the Pioneers’ all-time career digs record.

Former Lewis & Clark volleyball coach Lori Jepsen, who originally recruited Navarro, says Navarro is one of the best at visualizing the floor among all players she’s recruited. Her ability goes back to instinct.

After all, instinct is what prompted Navarro to choose Lewis & Clark in the first place. “From the time I stepped onto this campus to when I was submitting my college applications, Lewis & Clark was always my first choice,” says Navarro. “It felt like home.”

During the fall semester, Navarro was one of many Lewis & Clark student-athletes who started wearing the “L&C Champions” T-shirt. The shirt symbolizes each student-athlete’s commitment to Lewis & Clark’s comprehensive vision of building champions in all facets of the student-athlete experience: classroom, competition, character, and community.

As a junior chemistry major and varsity athlete, Navarro has built a multifaceted experience at Lewis & Clark. “I’ve gone through a lot of learning here,” she says. “Lewis & Clark gives you the opportunity to explore different majors and really get to know your professors.”

Casey Jones, assistant professor of chemistry and Navarro’s advisor, is one such faculty member. “It’s clear that community is a key component of Alexe’s success at Lewis & Clark,” says Jones. “She builds teams wherever she goes—I’ve seen that in her interactions with her classmates and with me.”

Navarro believes that Lewis & Clark’s strong sense of community has helped on and off the court, including recovering from a concussion she sustained during the 2015 spring semester. “It was one of the hardest times in my life,” says Navarro. “But I learned to be patient, and I had tremendous support from professors and the training staff.”

If instinct continues to play a role in Navarro’s post–Lewis & Clark endeavors, you may see her leading a classroom someday.

“I’ve always thought I’d become a teacher,” says Navarro. “Since I was young, once I’ve understood a concept, I’ve been able to put it differently for others so they can understand it too. I enjoy helping others achieve success in their lives.” 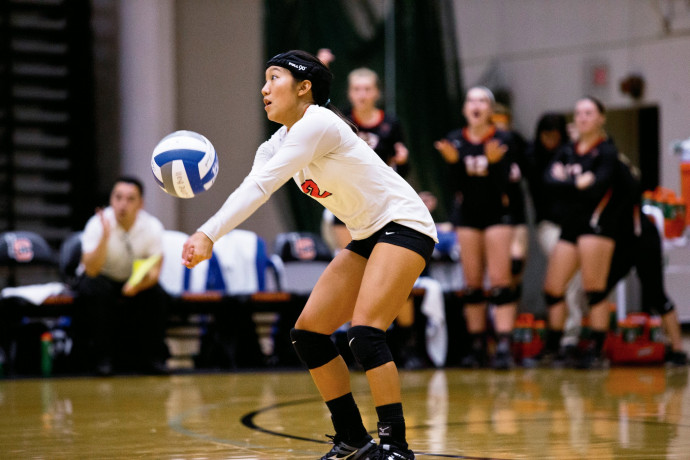 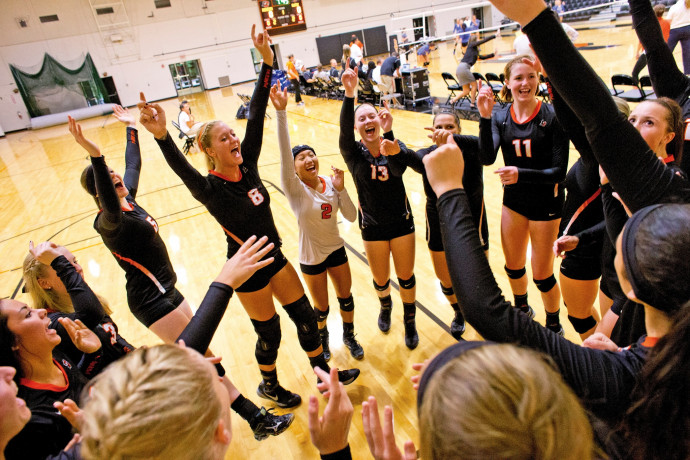 Both the women’s and men’s tennis teams excelled during the fall season.

- Singles: Ranked No. 7 in the nation