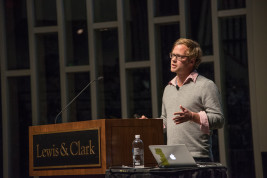 Michael HebbIn terms of pleasant dinner conversation, death isn’t a topic that generally comes to mind. But for Michael Hebb, an entrepreneur and activist, few topics could be more appropriate.

During a presentation in Agnes Flanagan Chapel on November 2, Hebb argued that the dinner table is one of the most effective (and overlooked) vehicles for important conversations, such as those involving death. Following the presentation, students had the opportunity to taste some locally sourced appetizers and visit with Hebb. 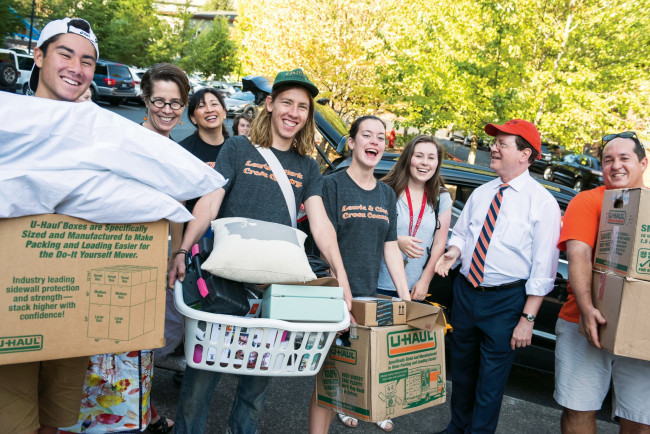 This fall, 42 percent of juniors and seniors are living on campus, up from 35 percent last year. Combined with the unusually large first-year class, this makes for one well-populated campus community.

… It’s a Pioneer? In October, the University of Oregon announced that its football teams would wear “Pioneer” uniforms honoring the Oregon Trail and the explorers Lewis and Clark during an upcoming game. The announcement surprised the L&C Pioneers, who have held that moniker since 1946. “Do you think we can have those helmets when they’re done with them?” quipped Roy Kaufmann, Lewis & Clark’s director of public relations. 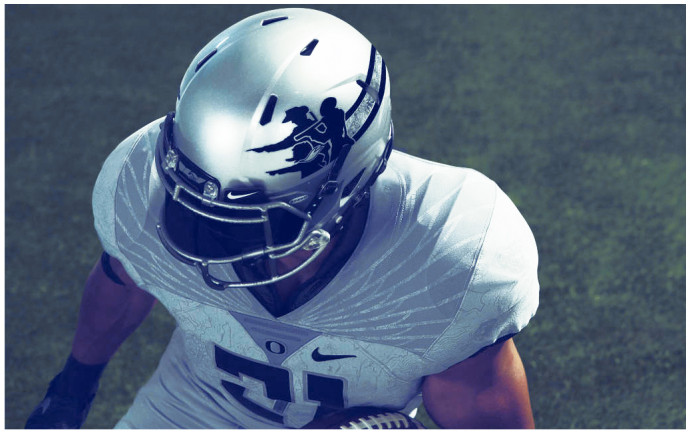 A Hullabaloo for Kondabolu

At the start of the fall semester, more than 300 students turned out to hear Hari Kondabolu, a Brooklyn-based, Queens-raised comic whom the New York Times has called “one of the most exciting political comics in standup today.” Highbrow and unflinchingly political, he draws deeply upon his liberal arts education, including degrees from Bowdoin College and the London School of Economics. Attending a small liberal arts college “shaped a lot of my worldviews, writing style, life experiences,” he says. 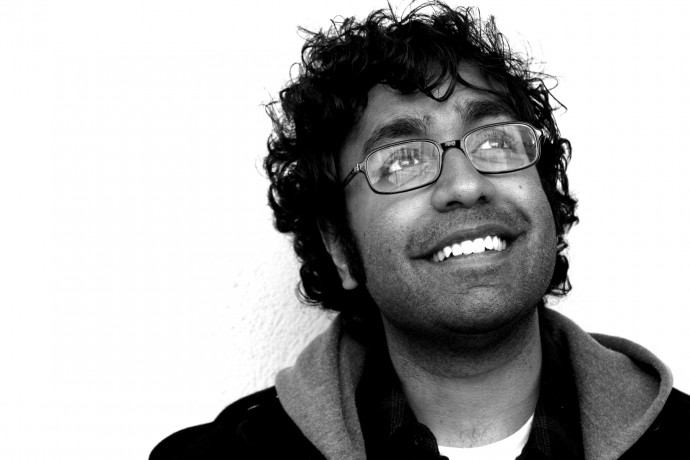 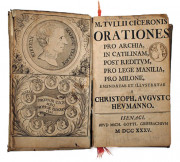 A wizened copy of Cicero’s speeches, published in 1735, finally made its way back to Watzek Library this fall—47 years after its due date. Packed away and forgotten by an undergraduate alum from Fairbanks, Alaska, the 281-year-old volume was found in an old trunk along with a Lewis & Clark first-year beanie and an unpaid parking ticket. Library staff returned the wayward book to the shelves without collecting the $3,431 late fee. No word yet on the alum’s parking ticket balance.

“Prepare to swoon,” said the editors of Town & Country magazine in October, when they featured photos of 18 of the most beautiful college campuses in America. Lewis & Clark, at No. 8, illustrates that it’s mastered that critical balance between brains and beauty. 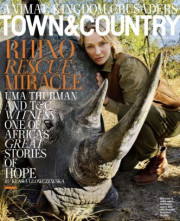