When his family, all avid skiers, moved from Washington to Wisconsin, he and his brother strapped on snowboards as a way to challenge themselves on smaller terrain.

“It took us an hour to make our first run,” he says. “Snowboarding turned a little mountain into a huge adventure.”

Now the owner of Unity Snowboards in Silverthorne, Colorado, Wurster has carved out a niche in the competitive world of snowboard manufacturing. A hands-on entrepreneur, he designs and helps build every snowboard produced by Unity—about 1,000 annually and rising.

Unity’s boards are known throughout the industry for their artistry and craftsmanship. For example, the Whale, a big board designed to float across powder, originally featured graphic elements from the text of Moby Dick. Completely redesigned for 2016, this black board offers better edge control and a yellow skull graphic inspired by Day of the Dead folklore.

Wurster sells 80 percent of his boards in international markets— the most lucrative currently in France, Switzerland, Japan, and South Korea. “‘Made in the U.S.’ seems to carry a lot of weight overseas,” he says. “Our customer tends to be a little older than the standard 18-to-24-year-old demographic, someone who’s been riding for a while and wants more from a board.” 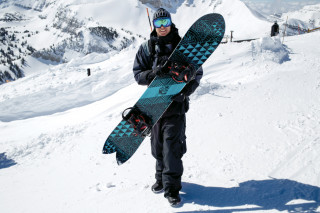 As a student at Lewis & Clark, Wurster majored in art. He chose the college, in part, for its proximity to snowboarding on Mount Hood and windsurfing in the Columbia River Gorge. But that was just the exterior landscape for his education.

Living on the international floor in Copeland Residence Hall and studying in Spain during his junior year, he gained the skills and confidence needed to break through language and cultural barriers. “What I learned during those years comes in handy when I visit distributors around the world,” says Wurster.

His passion for art and graphic design culminated in his senior art show at Lewis & Clark. On display was his first original snowboard—featuring hand-painted graphics inspired by the California surf culture of the 1960s and 1970s.

“My advisor, Phyllis Yes, was an incredible artist who pushed me to be creative and dig deep for my authenticity,” he says. “Mike Taylor, also in the art department, was more of a graphics guy. He helped me simplify my designs to make them bold and powerful.”

After graduating, Wurster headed straight to Silverthorne, Colorado, where his childhood friend Paul Krikava had been working as an apprentice to an established snowboard maker. The pair rented a small, fully equipped warehouse and began a crash course in snowboard manufacturing.

“We worked seven days a week for three months that summer making private-label snowboards for a distributor in Japan,” says Wurster. Seeing potential in the business, they decided to launch their own brand. After a few lean years, Krikava and his wife moved back to Wisconsin to raise a family, leaving Wurster to run the show.

Determined to succeed, he bankrolled the business with a second, more lucrative private-label order from Japan.

Unity Snowboards got another big boost in 2003 and 2004, when the company’s Pride series took two Top 10 Transworld Snowboarding Good Wood awards. “That put us on the map,” says Wurster, “both nationally and internationally.”

Using an assembly-line method, he and his crew of three produce 20 boards a day during the summer months. The remainder of the year he devotes to other aspects of business development, including design, marketing, trade shows, ski resort demonstration days—and, of course, spending time on the mountain.

“Unity Snowboards is a labor of love,” he says. “It’s important that I continue riding each season, finding different ways to have fun in the snow.” 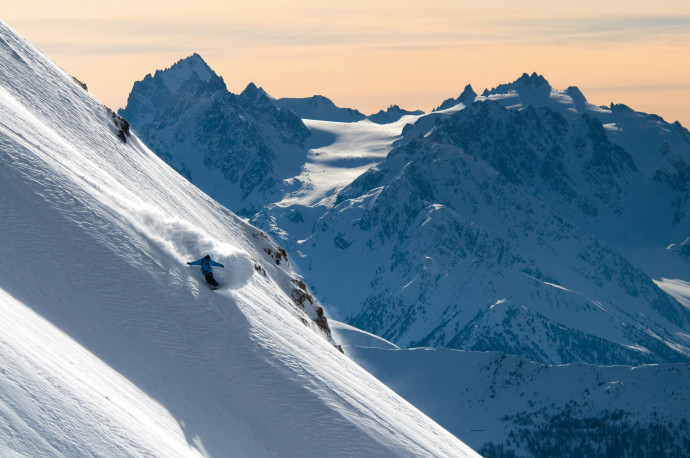