Inspirational Alum Named to Forbes’ 30 Under 30

Girma credits her Lewis & Clark degree and the support of the college’s academic community, particularly the Department of Sociology and Anthropology, with inspiring her to pursue her path. 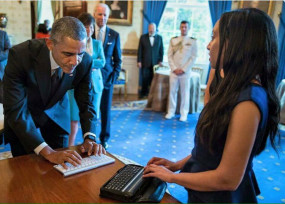 Last year, Girma helped cement a major legal victory in National Federation of the Blind v. Scribd, which held that the Americans With Disabilities Act (ADA) applies to e-commerce. She was honored last summer at the White House commemoration of the 25th anniversary of the ADA.