Not Just Fun and Games 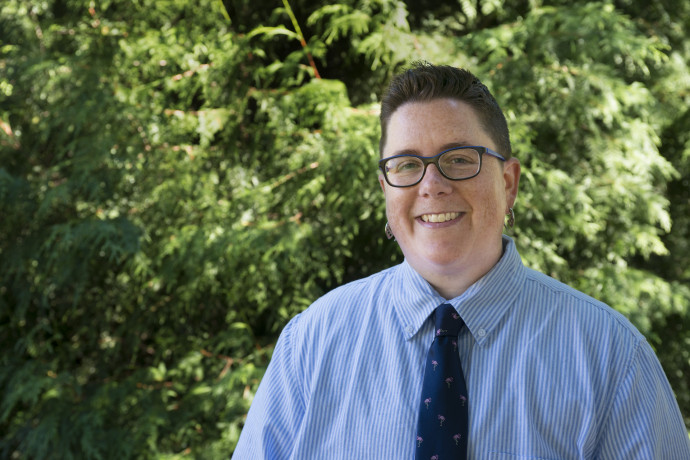 Adam* began playing video games when he was just six years old, initially for an hour on weekdays and up to five hours on weekends.

Over time, his use of the games as an escape increased. Soon after entering college, Adam was playing internet video games up to 10 hours a day. Not surprisingly, his schoolwork suffered, ultimately leading to his expulsion. Left to his own devices and socializing with almost no one, Adam found his game time climbing to 17 hours a day. At age 22, he finally sought the help of a mental health counselor when he could no longer financially support himself and was considering suicide. Adam knew he needed to cut back on gaming to get a job. But he had no idea how to do that.

Sadly, Adam’s story is not all that unusual. His problem is also fairly new—common among young people who have grown up with wide access to internet games, particularly massively multiplayer, online, role-play games (MMORPGs) like World of Warcraft, Call of Duty, and others.

Mental health professionals are just beginning to recognize the damage that problem internet gaming can cause in young people’s lives. That’s precisely why Lewis & Clark’s Community Counseling Center, an initiative of the Graduate School of Education and Counseling, will become home to a groundbreaking new treatment program this fall. The emphasis: families struggling with excessive internet gaming.

“The focus is on helping people return a healthy balance to their lives,” explains Cort Dorn-Medeiros, assistant professor of counseling psychology at the graduate school and coordinator of the new problem gaming program. Clients will meet at Lewis & Clark’s counseling center on Barbur Boulevard with counselors for therapy sessions, just as they would for any other mental health issue, Dorn-Medeiros explains.

“We will be helping people—mostly teens and their families—who feel gaming is starting to take control of their lives in some way,” says Dorn-Medeiros. “It could be negatively affecting their relationships with others, their finances, their health, and much more.”

At present, very few counseling resources are available for clients struggling with problem internet gaming. Lewis & Clark’s program is the first in the Portland area.

There are several reasons for the “treatment gap,” according to Rick Berman, instructor and director of the counseling center’s problem gambling services. “One is that the American Psychiatric Association (APA) concluded there is not yet enough scientific evidence and expert consensus to accurately define internet video gaming as a mental disorder. The APA included it in the Diagnostic and Statistical Manual (DSM) of Mental Disorders only as a subject for further study,” he says.

Unfortunately, though, because problem gaming isn’t yet officially considered a mental disorder, treatment doesn’t qualify for health insurance coverage. “Clients have to pay for treatment out of their own pockets,” notes Dorn-Medeiros. For that reason, the Community Counseling Center will offer an income-based sliding payment scale.

Another likely reason for the lack of treatment options: very little professional data. “Research into the effects of today’s online games is really limited,” explains Dorn-Medeiros. “Some research indicates that problem online gaming could overlap with other issues, such as depression, anxiety, or being on the autism spectrum. It’s also possible that people with drug or alcohol addictions could be swapping out bar visits for excessive online gaming. There’s a lot we need to learn.”

We need to help clients explore topics like what value the games hold for them, why they progressed playing so intensively, and what they are losing in their lives as a result of too much gaming.Cort Dorn-Medeiros, Assistant Professor of Counseling Psychology

This means Lewis & Clark’s counselors will be at the forefront of helping create treatment protocols for problem internet gaming. “There is a lot of interest in our program within the counseling community —both locally and nationally,” says Dorn-Medeiros. The counseling center expects referrals from local schools, parents, and private therapists.

From Gambling to Gaming

The problem gaming treatment program is the brainchild of Berman and Professor Teresa McDowell, chair of the counseling psychology department at the graduate school. The duo—together with retired Associate Professor Boyd Pidcock, who was program director of the Professional Mental Health and Addiction Counseling Program —introduced the graduate school’s problem gambling treatment program in 2013.

Although not identical, problem gambling and problem online gaming have definite overlaps, says Berman. “The gaming industry is now introducing gambling elements into internet video games as a way of monetizing their products,” he explains. For instance, games may start out free but later entice players to purchase tools or special powers to reach additional levels. “Also, as gaming grows into a spectator sport, we’re beginning to see online betting on the games,” he adds.

Like problem gambling, gaming can result in players dedicating an excessive number of hours to their hobby. This can result in people isolating themselves, interrupting relationships with loved ones, and losing sleep, says Berman.

Because of the connections between gambling and gaming, Berman and McDowell decided the graduate school was in an ideal position to launch a gaming treatment program. The duo earned a grant last fall from the President’s Strategic Initiative Fund to establish the program.

As the program kicks off this fall, Dorn-Medeiros and Berman plan to closely oversee a small cohort of graduate assistants (GAs) who will meet with gaming clients. “GAs working at the counseling center are typically in their final year of clinical treatment training, so they are already gaining experience as therapists,” says McDowell.

The counseling center team is working hard on developing its initial treatment strategy. In general, it will include a lot of discussion time. “We need to help clients explore topics like what value the games hold for them, why they progressed playing so intensively, and what they are losing in their lives as a result of too much gaming,” explains Dorn-Medeiros.

“We don’t expect to ask clients to give up internet gaming suddenly or necessarily give it up completely,” says McDowell. The counseling team plans to work with clients and their families to help them determine when internet gaming is a problem and to establish appropriate gaming limits.

According to Justin Henderson, director of the Community Counseling Center, the program will be a huge help for struggling gaming enthusiasts and their families. It will also allow Lewis & Clark to contribute significantly to its wider community.

“In addition to creating practical training opportunities for our counseling students, part of our mission is to provide accessible, affordable services within our local area,” he says. “What better way to do that than to prepare our students to tackle this very contemporary issue of problem gaming? It really puts our graduates on the cutting edge of an important, emerging challenge in our society.”

McDowell agrees. “We are training the next generation of counselors—people who are going out into schools and the community and will help young people struggling with the issue of problem gaming,” she says. “In addition, our academic research will help advance the field of knowledge about this disorder. Many other professionals may be able to learn from our treatment methods and discoveries.”

Teri Cettina is a freelance writer in Portland.

* Not his real name. Individual profiled in the Yale Journal of Biology and Medicine (September 2015).