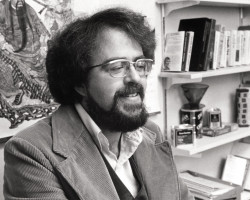 Jeff BarlowJeff Barlow, a former professor of Asian history, died October 12, 2016, at age 74 after a lengthy struggle with cancer.

Barlow joined the Lewis & Clark faculty in 1976 after earning his doctorate in Chinese history from the University of California at Berkeley and teaching for two years at the University of Oregon. With his deep erudition, his wry wit, and his dedicated institutional service, Barlow contributed greatly to both the advancement of the college and the collegiality of the campus community over the course of nearly two decades.

Barlow pioneered Lewis & Clark’s overseas study offerings in China and neighboring areas, beginning with a 20-week program in 1979 in Hong Kong, China, and Taiwan, followed by three programs (1982, 1984–85, and 1994) in Guilin, China. He led the multiyear, and ultimately successful, effort to establish an East Asian Studies program at Lewis & Clark. He also played a major role in Lewis & Clark’s general education program by coteaching a comparative civilizations course for first-year students over a number of years.

Barlow was a founding member of the Northwest China Council, which for decades has helped to build knowledge and understanding between China and the Pacific Northwest.

In 1995, Barlow resigned his position at Lewis & Clark to assume the Matsushita Chair of Asian and International Studies at Pacific University, a position he held until his retirement in 2012. Survivors include his widow, Christine, and his three children, Lewis, Bret, and Clare. 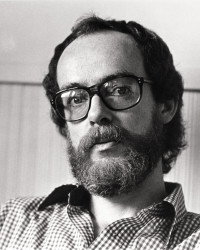 Knox earned his BA (1962) and MA (1963) at the University of Oregon, then moved to Pennsylvania State, where he completed his PhD in English literature in 1966.

Knox and his wife, Barbara, moved to Portland in 1966 when a position opened up in the English department at Lewis & Clark. Over the course of the next 30 years, Knox developed a well- deserved reputation as a beloved teacher and valued colleague who played a vital role in the life of the college.

In addition to teaching American literature from the Civil War to contemporary times, as well as 19th-century British literature, Knox was critical to the development of the college’s general education program. Deeply committed to interdisciplinary team teaching, he taught the Comparative Cultures course and, later, Basic Inquiry—successive iterations of Lewis & Clark’s first-year core offerings.

Knox took a profound interest in the development of feminist approaches to scholarship and teaching. He was a participant in the 1981 NEH seminar on feminist scholarship that led to the establishment of the Gender Studies Program and the annual Gender Studies Symposium, in which he regularly participated. The Knoxes led two overseas study programs, one to West Germany in 1973 and another to Greece in 1987.

Survivors include his widow, Barbara; their children, Adrienne, Elizabeth, and Jake; and their three grandchildren.

Eric Hoffman, a longtime Lewis & Clark supporter and husband of Life Trustee Ronna Hoffman, died December 27, 2016, at age 93. As president and chairman of the Hoffman Construction Company, he played a leadership role in making the region’s architectural vision a reality. The company’s signature projects include Doernbecher Children’s Hospital, the Seattle Library, the Portland Art Museum, Oregon Health & Science University, and many others.

At Lewis & Clark, Hoffman Construction has been involved in numerous projects on campus, including the Miller Center for the Humanities and the Fields Center for the Visual Arts; the renovated Boley Law Library and its companion building, Wood Hall; and J.R. Howard Hall. Hoffman Construction also worked on the renovation and expansion of Albany Quadrangle and the expanded Watzek Library, which houses the Ronna and Eric Hoffman Gallery of Contemporary Art. In addition, the Hoffmans have demonstrated a long-term commitment to the Ronna Hoffman Scholarship at Lewis & Clark.

In 2012, Ronna and Eric Hoffman received the local United Way’s 2012 Robert G. Miller Major Gifts Achievement Award in recognition of their contributions to the Portland-metro community, having provided philanthropic leadership for more than 60 years.