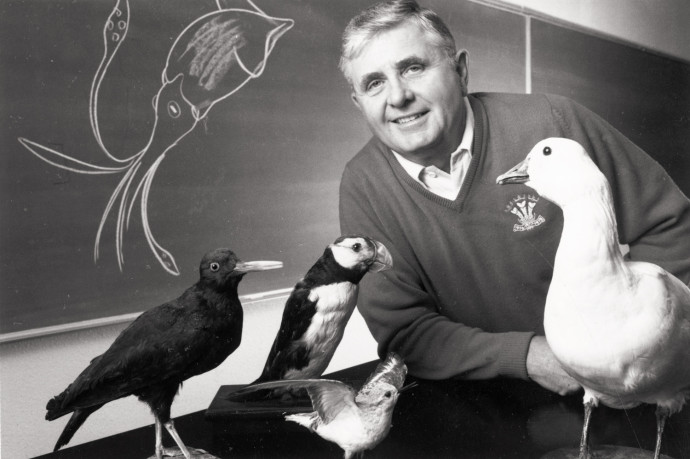 Darrow joined the Lewis & Clark faculty in 1966 and served as a member of the biology department until his retirement in 1996. Professor Emeritus Ed Florance, a biology colleague, remembers him as “a very adept zoologist, naturalist, and field biologist” who inspired many of his students to go on to graduate school and pursue careers in various areas of zoology and biology.

Florance recalls Tom’s ability to draw “the most beautiful, accurate, and attractive diagrams of animals on the blackboard using only colored chalk. That was long before white boards, felt pens, and PowerPoint presentations. His diagrams were real works of art.”

Generations of Lewis & Clark students traveled with Darrow to do field studies up and down the West Coast and at the Malheur Field Station in Oregon. He led two overseas study programs, one to New Zealand in 1974 and one to Australia in 1996. He also led (or co-led) two interim programs in the American Southwest and Mexico (1976–77, 1979–80) and one interim Southwest desert biology program (1981–82).

Darrow earned his bachelor’s degree at Nebraska State Teachers College, his MS in zoology and botany at South Dakota State University, and his PhD in natural history and zoology at Oregon State University.

Tom is survived by Yvonne Darrow, his wife of 60 years. 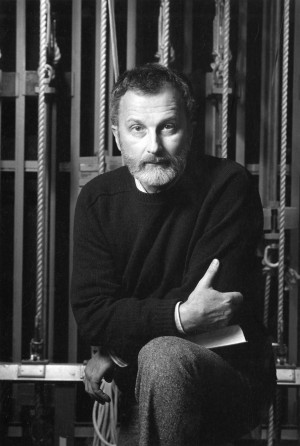 Edgar ReynoldsReynolds developed a love for theatre as a teenager. In high school, he tried out for a school play—and was hooked. “Suddenly the heavens opened, and that’s what I wanted to do,” he said.

Arriving on Palatine Hill in 1980, Reynolds served as professor of theatre until his retirement in 1995. He led four New York programs (1984, 1988, 1990, and 1995) and taught classes for L&C programs in London and Washington, D.C. Recognizing a great need for student financial aid, he established a scholarship fund for theatre students as soon as he arrived. When Associate Professor Leon Pike retired in 1987, Reynolds had the scholarship named to recognize his senior colleague’s extraordinary contributions. Now honoring both men, the award is known as the Leon Pike/Edgar Reynolds Scholarship. Through a bequest, Reynolds has ensured that the scholarship fund will benefit students long into the future.

Reynolds also served his professional community with commitment and distinction at the local and national level. In retirement, he remained active in Portland’s vibrant theatre and performing arts community. He directed over 80 plays during his career. He specialized in Shakespeare and classical theatre, and he was proud to have been the first to bring Shakespeare’s Twelfth Night to Saigon Institute in Vietnam in 2003.

Reynolds was committed to his students, past and present. “Edgar was passionate about staying in touch with, and tracking the careers of, theatre students from Lewis & Clark,” says Stephen Weeks, associate professor of theatre. “He would often send us articles or mentions about what so-and-so was doing in New York or other ports of call. I think he took enormous pleasure in seeing what his former students were up to.”

A celebration of Reynolds’ life will be held at 2 p.m. on July 8, 2017, at Agnes Flanagan Chapel. In lieu of flowers, memorial gifts may be made to Lewis & Clark’s Leon Pike/Edgar Reynolds Scholarship Fund.

John and Ruth HowardThe Howards settled in Portland in 1960, when Jack began his 21-year career at the college. In addition to playing an important support role as wife of a college president, Ruth earned a degree in political science from Lewis & Clark. She was active in the on- and off-campus community, serving as a board member of the Lewis & Clark Mothers Club, a nursing home ombudsman, and a volunteer for Court Appointed Special Advocates (CASA), among other activities.

Ruth and Jack traveled extensively, including a six-month around-the-world trip in 1969 and multiple raft trips on the Colorado River. In 1980, the couple “retired” to a farm property on Bald Peak, south of Forest Grove, where they spent 15 years tending to their apple orchard. They sold the farm in 1995 and truly retired, spending half of each year in Rancho Mirage, California.

Ruth will be remembered as a lovely woman who served the college with dignity and grace. She leaves behind son John and daughters Linda and Rebecca.