A new College Outdoors program brings faculty and students together in the classroom of the Pacific Northwest. 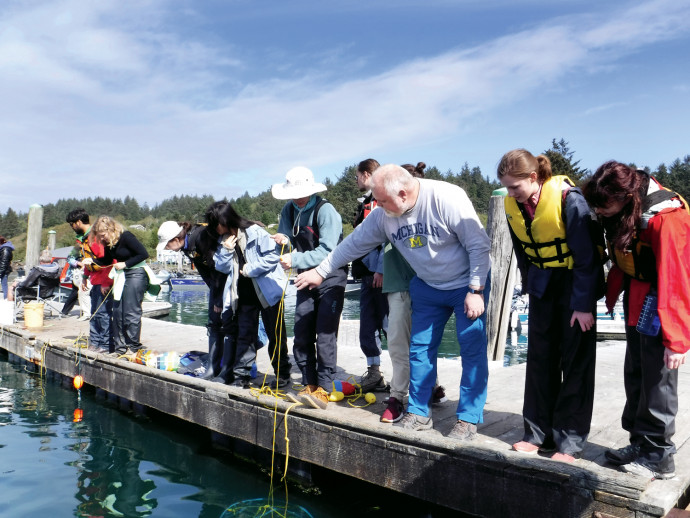 Erik Nilsen, associate professor of psychology, shows students how to bait a crab pot during a crabbing trip to Nehalem Bay. (College Outdoors)

On a warm, sunny day in late September, Associate Professor of Psychology Erik Nilsen and 15 students set out on a quest for Dungeness crabs on the Oregon coast.

Buzzing through the waters of Nehalem Bay in one of three small motorboats, Nilsen and his group headed toward a yellow buoy marking the location of one of their crab pots, baited with chicken. Once atop their target, a few students reached to lift the heavy trap from the water, while the others leaned over the edge of the boat to watch. Slowly, the metal basket emerged from the waves. Everyone scrambled to admire the catch: 10 Dungeness crabs.

The fall crabbing trip was part of a new College Outdoors program called Adventures With Professors. The program provides a way for faculty and students to interact outside the classroom in a more social and informal setting, all while exploring a topic of interest in the beautiful Pacific Northwest. 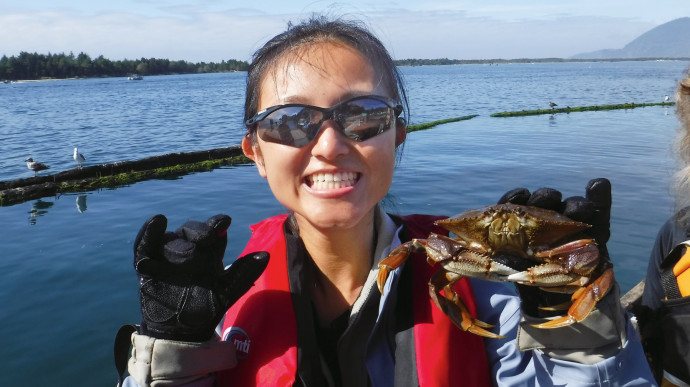 A student from Professor Nilsen's trip shows off her prize catch of a Dungeness crab. (College Outdoors) 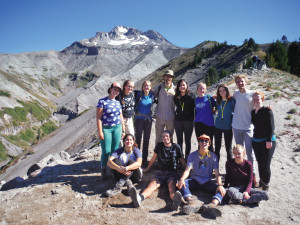 Adventures With Professors began with a student leader in College Outdoors. In academic year 2016–17, Zayla Asquith-Heinz, then a sophomore, became intrigued with the idea of expanding College Outdoors programs to include professor-led trips. “I was interested in creating a space for faculty and students to get to know each other outside of the classroom,” says Asquith-Heinz.

She began by reaching out to professors she already knew, including Paul Allen, associate professor of mathematics. “Paul was my partner in crime for a while,” she says. “He helped me figure out how to recruit professors and structure the program to meet their needs.”

Allen was inspired by Asquith-Heinz’s enthusiasm for the program and agreed to serve as a test subject. “The idea was that the College Outdoors staff would manage the trip logistics and that the faculty member would bring some sort of disciplinary expertise or other academic component to the trip,” says Allen. For the inaugural program, Allen led students on a hike at the Oregon coast, where they discussed issues of access and privilege in outdoor recreation. “Zayla and I subsequently debriefed on the trip and deemed it to be successful,” says Allen. “She took off to launch the initiative more broadly.”

Now in its second year, Adventures With Professors offers three trips in the fall and three in the spring. Topics have run the gamut, from tracing a tsunami evacuation route on the coast with Liz Safran, associate professor of geological science, to observing evidence of conservation and mining in an ancient forest with Matt Johnston, associate professor of art history.

Usually 9 to 12 students—plus a professor and a College Outdoors student leader and assistant student leader—participate in each full-day event. The trips typically involve shared meals and opportunities for relaxed, casual conversation. The professor often gives an introduction and asks questions along the way, leading a wrap-up discussion at the end. “It’s a way for faculty members to teach topics they’re passionate about in a totally different classroom,” says Asquith-Heinz. 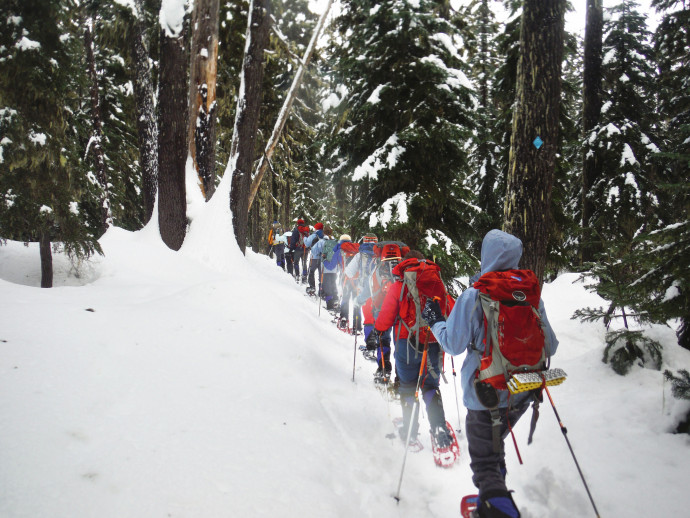 Bonding in the Outdoor Classroom

Adventures With Professors has been well received by both faculty and students. In fact, having faculty involved has attracted new students to College Outdoors programs. Misha Davydov BA ’21, a Davis United World College Scholar from Russia, went on Nilsen’s crabbing trip. “It’s interesting to get to know your professors as people, not just as professors in class,” he says.

Professor Johnston agrees. “The program is a venue in which you drop your accustomed identities as teacher and student,” he says. “I got to know the students in a different light. I got to see how really complex they are … that they have all these other interests.”

It’s hard to top the bonding potential of Adventures With Professors. After Professor Nilsen and his students had hauled in their catch, the local marina cooked up the crabs up for dinner—along with clams and oysters. “You bring food to any event, it ups the interest and engagement,” he says. “But when the entire focus of the trip is on catching delicious food out of the ocean to enjoy together … well, that’s a form of bonding you’re not going to get in a lecture.”

The program’s founder, Asquith-Heinz, agrees. “I love the trip dynamics … being outdoors changes the way people interact with each other.” 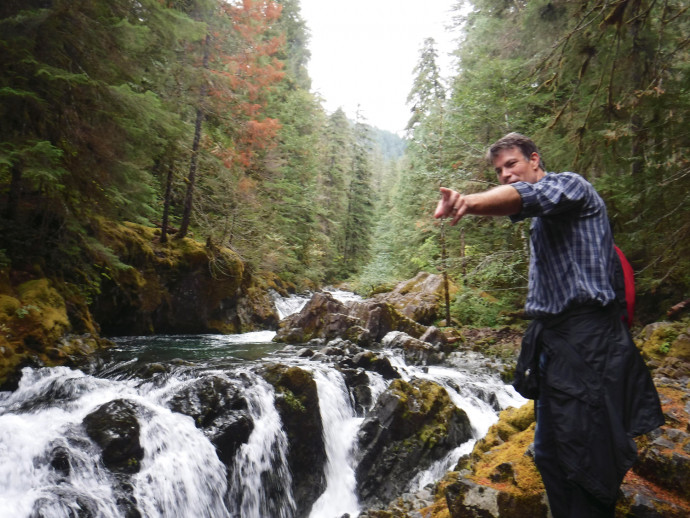