Pushing forward through knee-deep snow and subzero temperatures, Lee Jennings and his climbing partners struggled to breathe the thin mountain air. Together, they had braved a 54-day journey to climb Gasherbrum II, the world’s 13th tallest peak, in Pakistan. Hauling 40-pound packs—with no supplemental oxygen—they learned to pace their breathing while adjusting to the dizzying altitude.

As they made their final ascent to the 26,362-foot summit, as if on cue, the dense clouds parted for an eye-level view of nearby Broad Peak and the mighty K2. “Scaling high peaks is my passion,” says Jennings.

“It’s a perfect fit for me,” says Jennings. “I’m selling myself and my services, not a product. Building long-term relationships allows me to delegate, when needed, and continue climbing.”

Access to rugged mountains and outdoor adventures also played a key role in Jennings’ decision to study at Lewis & Clark College. During his first year, he led a College Outdoors rafting trip through the Grand Canyon and subsequently met a group of friends for independent climbing excursions. 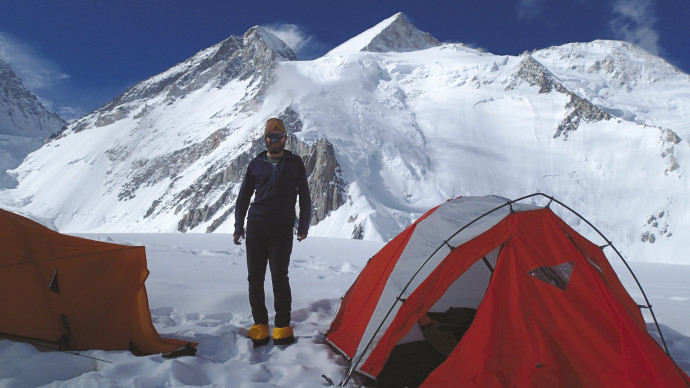 Academically, he was drawn to classes taught by Jamie Ross in the philosophy department. “She wove the teachings of John Dewey into all her coursework.” Inspired by Dewey’s belief in experiential learning, Jennings never shied away from new experiences.

He headed to Colorado after graduation and did “nothing but ski for four years.” Exploring career options, he moved to Seattle and taught middle school students at Pacific Crest School, one of the largest Montessori schools in the West. Housing prices in Seattle began to soar and, at the behest of family, he moved to Denver. A short-lived job in mortgage lending imploded when the subprime mortgage crisis reared its head.

Fortunately, a friend advised him that the property management industry was poised for growth. “I took a rough job in the Wyoming oil fields to earn seed money to open my own firm.” He returned to Denver and, in 2006, launched Properties Plus with a business partner.

The company was thriving, but Jennings started feeling hemmed in by Denver’s burgeoning population. He moved to Jackson Hole, Wyoming, in 2012 and started telecommuting. Two years later, he purchased and expanded an established property management company, now New West Property Management. “I recently partnered with a local builder to bring all our maintenance in house so we can offer better, more reliable service.”

Jennings now lives nearby in Victor, Idaho. Depending on the season, he skis or hikes in Teton Pass every morning on his way to work. His past training regimens have included an Ironman competition, two triathlons, and endurance runs in Mexico and British Columbia.

“My goal is to return to Pakistan in July to climb Broad Peak or K2,” says Jennings. “Business can be complicated, but on the mountain, my focus is simple—reaching the summit.” 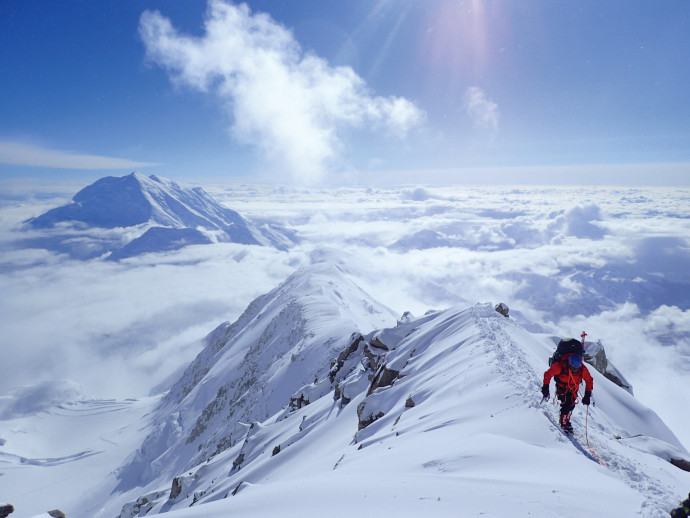 West Buttress of Denali in Alaska