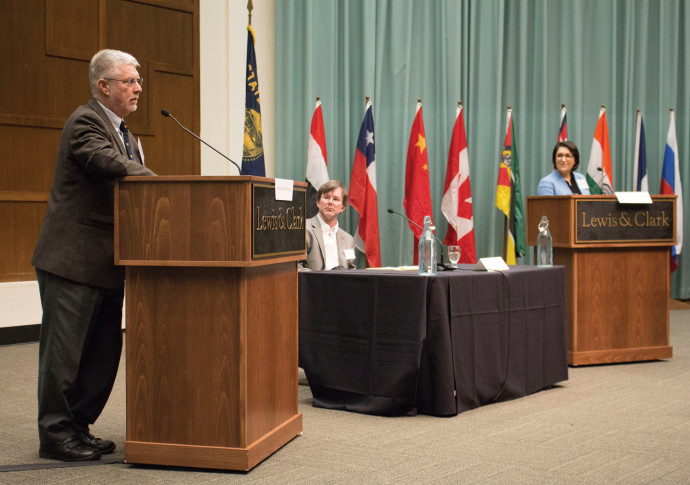 The Scramble for Sovereignty

In April, Lewis & Clark hosted its 56th International Affairs Symposium, titled The Scramble for Sovereignty: Modern Challenges to an Age-Old Construct. It was designed to explore the definition of sovereignty in the modern international system and the way concepts of sovereignty interact with the interests of states, multinational corporations, and individuals across the world.

The oldest student-run symposium in the country, this event has received glowing reviews from the Wall Street Journal, the New York Times, and the Chronicle of Higher Education. Vinaya Bharam BA ’19 and Samuel Stites BA ’18 served as cochairs of the event.

This year’s symposium revolved around six panel debates, with topics ranging from cybersecurity to the legality of secession to environmental concerns. The sessions, which were moderated by Lewis & Clark professors, featured political and academic experts from several countries, including South Korea, Kurdistan, Australia, Denmark, Canada, and the United States. 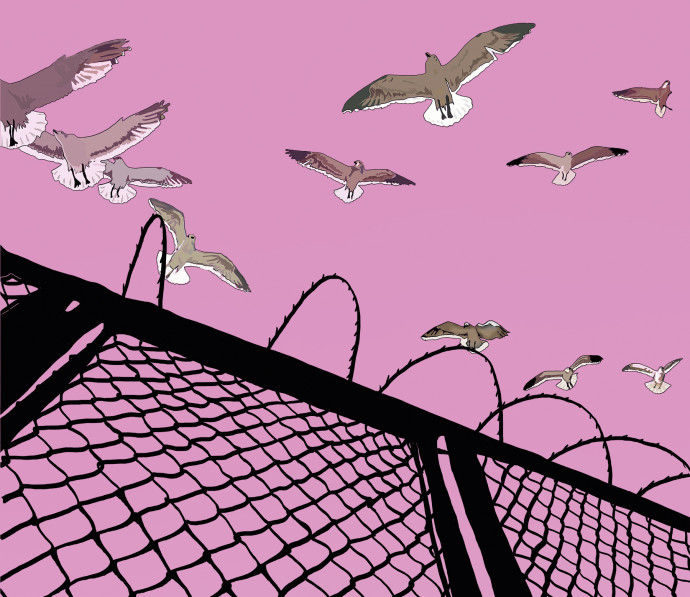 The 37th annual Gender Studies Symposium, held in March, focused on forms of freedom, including physical safety, financial stability, and intellectual freedom. Who or what is worth securing, who has access to security for themselves and their community, and how might imagination and resistance flourish in the face of structures that preserve insecurity?

The symposium featured three keynote speakers: Melanie Richter-Montpetit, who provided an in-depth analysis of feminist security in the “colonial present”; Beth E. Richie, who presented on female incarceration and a black feminist response to state and intimate violence; and Leah Lakshmi Piepzna-Samarasinha, who provided a “real-talk approach to saving the world” through harm reduction and transformative justice.

Throughout the symposium, Watzek Library hosted a temporary exhibit displaying for the first time its collection of material relating to the lesbian communes that developed in eastern Oregon throughout the second half of the 20th century. 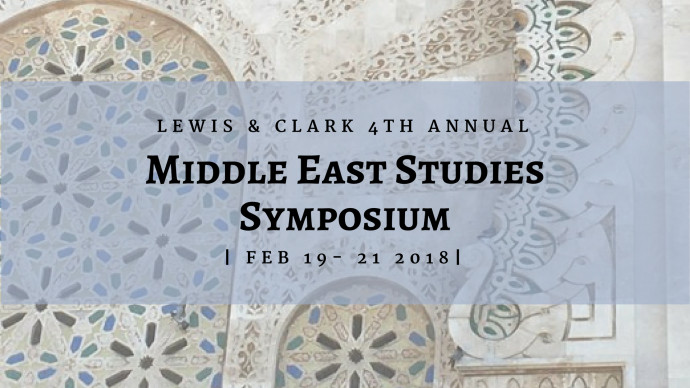 History and Movement: Transition in the Middle East

This year’s theme was History and Movement: Transition in the Middle East. Dr. Omar Reda, a Libyan-American doctor who specializes in forensic psychiatry and teaches at Oregon Health and Science University, delivered the keynote presentation. Over the past decade, Reda has frequently returned to Libya to help those affected by conflict and has worked to create programs to help children recover emotionally from experiences of trauma.