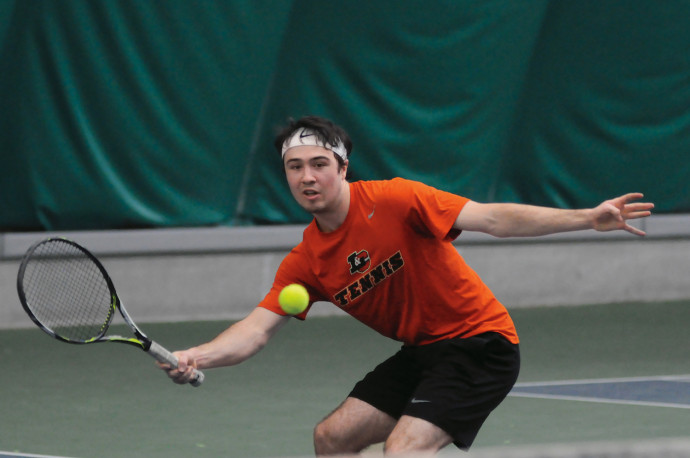 When it comes to doubles tennis, sibling partners pop up often in the sport. Last April, in a matchup of nationally ranked teams, Raed Attia BA ’19 and partner Kei Inoue BA ’20 beat two brothers from Pomona-Pitzer. In that same dual, Lewis & Clark fraternal twins Gordon Barrows BA ’18 and Brenden Barrows BA ’18 entered their No. 1 doubles match ranked 23rd nationally and fifth regionally. They won 9-8 in a thrilling tiebreaker over another regionally ranked team.

For Lewis & Clark, the Barrows siblings have played a key role in the Pioneers’ ascension to national contender status. Last year, when the brothers were juniors, the men’s tennis team ended Whitman’s nearly decade-long Northwest Conference (NWC) winning streak with a 5-4 dual win at the L&C Tennis Dome. The team made the NWC Championship final and achieved its highest-ever ranking of 26th in the country. This spring, the Pioneers repeated the feat of reaching the final match of the NWC Championship, finishing the year ranked 30th nationally.

“Competing in tennis over the past four years has been a highlight of my collegiate career,” says Gordon. “It has been awesome to play doubles with my brother for three years.”

The Barrows brothers entered their senior season fresh off a new school record for overall winning percentage by a doubles pair, .910. The momentum continued into the fall as the pair qualified for the doubles final of the Intercollegiate Tennis Association Northwest Regional Championships, the first Lewis & Clark team ever to do so.

“My brother and I have competed in sports our whole lives,” says Brenden. “But college tennis is a bigger stage.”

The Barrowses finished the year with a 14-8 record in doubles matches and were seeded third at the Ojai Valley Tennis Tournament in late April. Both were selected to the All-NWC Second Team. 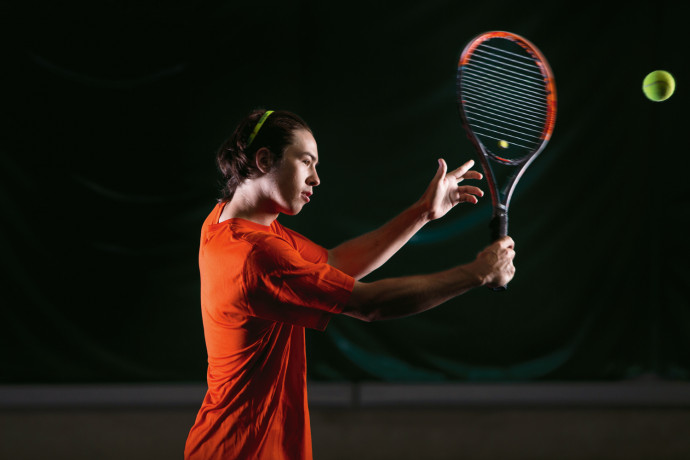 In 2017, junior Raed Attia, the team’s primary No. 1 singles player for most of his collegiate career, was joined on Palatine Hill by his brother and first-year student Ramez. After competing in his first collegiate dual against 13th-ranked Trinity, Ramez won six straight singles matches as the Pioneers started 9-3.

“My brother and I are very close,” says Ramez. “Having my brother at the same school and on the same team is probably one of the best things about my college experience so far.” The Attia brothers have only played two collegiate doubles matches as partners but have 11 combined wins in singles.

“It has been a crazy ride,” said Raed. “There have been a lot of ups and downs on my individual performance, but it’s been great having Ramez there. Competing side by side has been very special.”

Raed finished the season with an All-Northwest Conference First-Team selection, his third consecutive pick. He’ll return with Ramez for his final season next year before, perhaps, the next pair of siblings joins the Pioneers.

Women’s Basketball—The Pioneers won 14 games, qualifying for the NWC tournament for the second straight year. The team has won 30 games over its first two years under head coach Pamela Findlay A senior-heavy team, they have been led by Miyah Leith, who leaves the program as the seventh-best scorer in program history, and Lauren Wood, who moved to ninth all-time in rebounds. Both were All-NWC selections.

Men’s and Women’s Swimming—Sophomore Sam Duran set and reset numerous school records throughout the season, ultimately finishing with five new individual marks. She is now part of nine school records overall. Both teams won their most dual races since 2010–11. Along with Duran, senior Miles French and junior Kassie Kometani were All-NWC First-Team selections.