Back in the Game for Alumni Coaches

What’s the next best thing to playing on a Lewis & Clark sports team? It may be coaching one.

This year, women’s basketball and tennis—both highly successful programs that have brought the Pioneers their last two Northwest Conference championships —will be led by head coaches who are Lewis & Clark alumni. 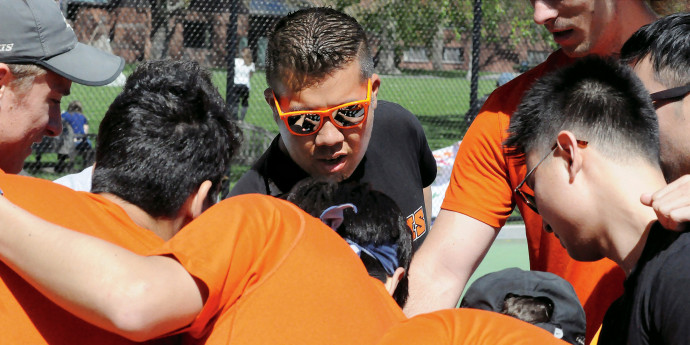 Jimmy Chau BA ’01 competed in men’s tennis in the early 2000s and later joined the coaching staff in 2005. As the team’s lead assistant coach, he helped guide the women’s tennis team to its 2016 Northwest Conference (NWC) championship, ending a nearly 40-year drought. After winning the title in 2016, the women’s team went on to reach the NWC semifinals twice more, as did the men’s team, which advanced to the NWC title match each time. For the past three years, the combined teams have been named Lewis & Clark’s “Team of the Year.”

Chau values the chance to be head coach. “[Former head coach] Patrick Dreves did an amazing job here,” says Chau. “I appreciate the opportunity to help shape the tennis program and put my own stamp on it.”

As a former Intercollegiate Tennis Association Scholar-Athlete All-American, Chau is eager to continue both teams’ success in the Building ChamPIOns philosophy, in which student-athletes strive for excellence in the classroom and in competition, as well as in character and the community.

“We have to be competitive and have a strong academic foundation. Our student-athletes are constantly striving to find that balance,” says Chau. “When our student-athletes graduate, we want them to feel that tennis was a big part of their college experience.” 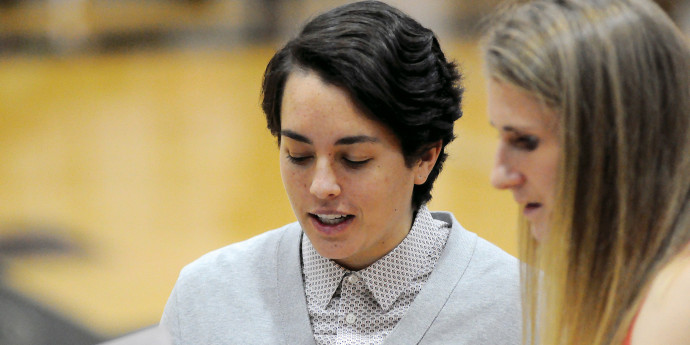 Kristina Williams BA ’13 was a student-athlete on the last NWC title–winning team for women’s hoops, guiding Lewis & Clark to the trophy during her senior season.

“Being head coach feels like my dream job,” says Williams, who joined the women’s basketball coaching staff two seasons ago as an assistant. “Prior to coming back in 2014, my absolute biggest goal was to become a head coach. The fact that I get to stay at Lewis & Clark and in Portland is so exciting.”

Like Chau, Williams values her time as a Lewis & Clark student and acknowledges that her support system extends to much of the college staff that she still remembers from her student days.

“Even after I graduated, they were available and helped me when I needed it,” says Williams, who coached at Smith College while getting her master’s degree. “This is a place where people have your back. When the head coach position opened up, the L&C leadership knew me not only for my basketball skills but also for who I am as a person. They had confidence in my ability to do the job.”

Looking ahead, Williams hopes to help her team experience the same success that she had both on and off the court when she competed for her head coach, Juli Fulks. “Juli created true relationships with the recruits, and I want to keep that going,” Williams says. “She did a ton of leadership development through teaching and working with the team captains. We were on our way to making national tournament trips a routine thing, and I believe we are completely capable of that again.”