Assistant Professor of History Reiko Hillyer has been awarded a $5,000 planning grant from the Whiting Foundation to support the expansion of her interdisciplinary project, “Theatre From the Inside-Out: Illuminating Mass Incarceration.” Specifically, the grant will enrich Hillyer’s course Crime and Punishment in U.S. History, which she teaches at the Columbia River Correctional Institution (CRCI), a 595-bed minimum security facility located in Northeast Portland.

The course—which Hillyer has taught every other spring since 2012—will bring 16 Lewis & Clark undergraduates together with incarcerated students to learn as peers.The approach helps our students understand the history of the prison crisis, interrogate its seeming inevitability and naturalness, and develop compassion for those whom it affects most directly.

“We take prisons for granted but are afraid to face their consequences,” Hillyer said. “Mass incarceration persists in part because the people who are locked up remain invisible; this project will ask the public to reckon with both the human agency behind and the human cost of the prison system. Our class blends various ways of knowing, the subjective and the empirical, the visceral and historical—we get close, in all senses of the word.” 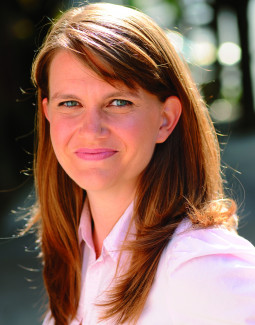 Assistant Professor of Theatre Rebecca LingafelterAssistant Professor of Theatre Rebecca Lingafelter will collaborate on the project by attending classes throughout the semester and leading several sessions focusing on acting, movement, music, writing, and rehearsing the final theatre piece, which will be brought to the public through a staged performance at CRCI. The course will focus on what it’s like to be incarcerated while also amplifying the voices and creativity of those who live that experience every day. It’s a blend of theatre and history that Hillyer says is a natural fit.

“Both theatre and history tell stories,” she said. “They both try to express the human condition through character and narrative, and they usually have some resonance beyond the particulars of the time, place, and people involved in the work at hand. The discipline of history often seeks to amplify voices that are erased or subjugated, and theatre is literally about using one’s voice. This endeavor both honors the specificity of lived experience and resonates with universal themes that call upon our common humanity.”

Hillyer is working on multiple projects that deal with mass incarceration. The Vital Projects at Proteus Fund awarded the college $20,000 in July in support of her two-year research project, “Windows in the Walls: The Permeability of the Prison and the Rise of Mass Incarceration.” Her project will will examine Mississippi’s incarceration history.