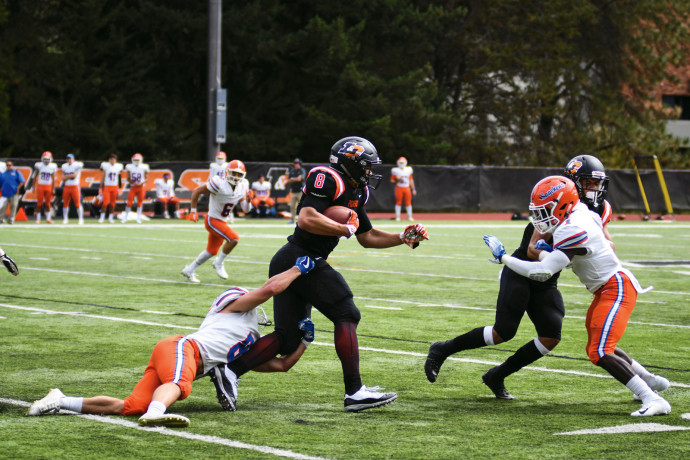 Football—For the first time since 2012, the Lewis & Clark Pioneers finished with multiple wins—including a 39-21 win at Willamette University to successfully defend the Wagon Wheel traveling trophy—for the first time since 1992. Sophomore running back Michael Abraham was a unanimous All-Northwest Conference First-Team selection after finishing with the second-most rushing yards per game (95.5) and rushing touchdowns (9) in the conference. Senior defensive lineman Andrew Werst earned his second straight All-NWC First-Team choice, one of 10 Pioneers to receive an all-conference nod. 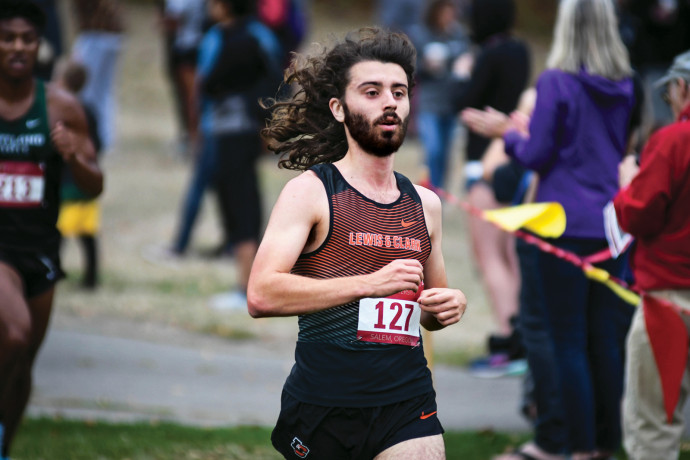 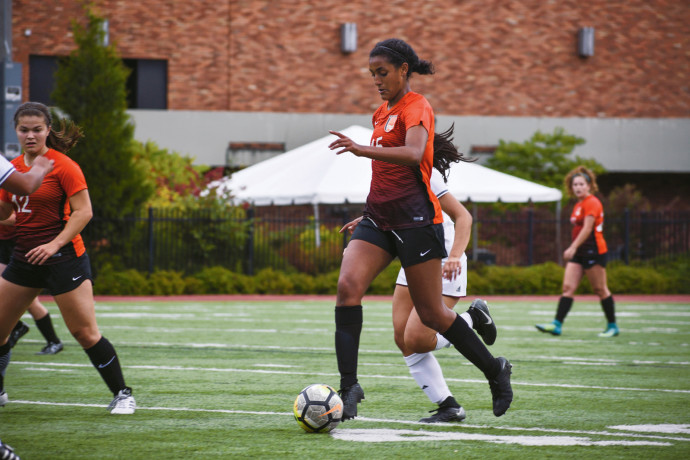 Women’s Soccer—Senior Mali PetersonWood concluded her L&C career with an All-Northwest Conference selection. With this accolade, the Pioneers have nabbed an All-NWC selection every season since 2008. PetersonWood, along with others on the Pioneer defense, excelled throughout the season, including in a 0-0 draw with Whitworth University on October 7. Erin Lutz joined PetersonWood as the only other senior on this year’s team. 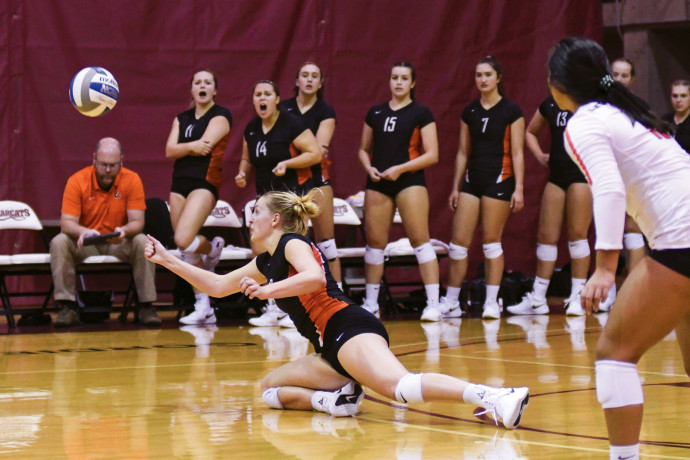 Volleyball—Under first-year head coach Emily Hayes, the Pioneers posted their most wins since 2011. Fueled by a 7-0 start to the season, which included the tournament championship at the Washington and Lee Invitational, Lewis & Clark finished with 13 victories. Senior Kortney Meyer was named an All-Northwest Conference First-Team selection, the first top-team choice for Lewis & Clark since 2015. Meyer ranked second in the conference in total kills and kills per set and finished fifth all-time for kills in Lewis & Clark history.