Considered the largest single-day protest in U.S. history, the march occurred one day after the inauguration of President Donald Trump, who had made statements perceived by many as anti-women.

Winding through the streets of Eugene, Oregon, Etzwiler wore a T-shirt and carried an 8-by-12-foot banner she’d designed. She had friends in Washington, D.C., and in six other states who did the same. “Something shifted,” she says. “We went from feeling hopeless to empowered.”

Buoyed by a positive response to her designs, Etzwiler and her daughter, Claire Thallon, launched an online business in 2018, Marching in Their Footsteps. The business celebrates 19 American women who have fought for civil rights and social justice over time—from Sojourner Truth to Ruth Bader Ginsburg. (The number 19 refers to the 19th Amendment to the U.S. Constitution, which, in 1920, gave women the right to vote.) The business sells items such as T-shirts, cards, posters, and tote bags.

“The designs resonate on a deeply personal level with women of all ages,” says Etzwiler, who donates a portion of proceeds to organizations that support women and girls.

Etzwiler is also the principal and owner of a+a Studio in Eugene, a design company she launched in 2012 to merge her passions for art and architecture. Using a highly collaborative process, she creates custom artwork for businesses and individuals looking for original, compelling imagery that engages and entices their target audiences. Her work is digitally developed and then commercially printed on various substrates. “I consider clients my co-artists,” she says. “When I present my final designs and see the look of wonder on their faces, I know I’ve hit the mark.”

Etzwiler’s winding journey to commercial artist began in Minnesota, where she grew up absorbing the details of her surroundings by sketching and photographing her impressions. “I’ve always had the eye of an artist,” she says. She continued that exploration of the natural world at Lewis & Clark, where she majored in biology and conducted a number of field studies. 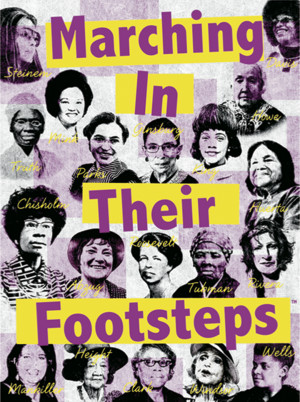 Intrigued by the idea of city living, she moved to Washington, D.C., after graduation and worked for several environmental nonprofits. In her downtime, she played Frisbee on the National Mall, visited world-class museums, and hung out with local architects. “I loved their conversations about the built environment,” says Etzwiler. “I took an administrative job at a D.C. architectural firm to get a sense of the atmosphere, the people, and the projects.” Liking what she saw, she went on to earn her master’s degree in architecture from the University of Oregon.

Etzwiler was soon designing custom houses, collaborating on spatial planning studies of the Oregon Capitol Mall, and teaching architecture design courses at the University of Oregon. She also continued her work with photography, digitally manipulating images and experimenting with the art form. “I discovered that creative decisions made by artists, photographers, and architects share a lot in common,” she says.

Fast-forwarding to 2019, Etzwiler admits that running two businesses can be challenging. But she’s grateful for the opportunity to do meaningful work. She hopes to secure larger regional and national accounts along with public art projects and commissions in media like wood and metal.

“Failure is not a concept I recognize,” she says. “I like to push myself.”