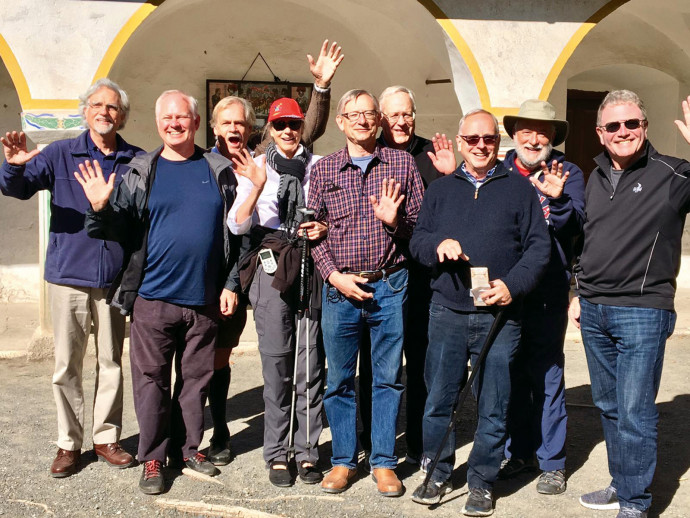 Fanfare abounded when Lewis & Clark alums returned to St. Veit, Austria, in September for the 50th reunion of their overseas study program.

As planned, they joined locals in celebrating Wiesenmarkt, a more than 650-year-old local festival. Standing along the parade route, they received a hearty shout-out from the announcer in honor of their return.

“Six of our original host families were able to join us,” says David Grube BA ’69. Memories of all sorts accompanied the alums during their eight-day reunion adventure. “In 1968, a time of great political and personal unrest, our Austrian parents, brothers and sisters, and nieces and nephews were our lifelines.”

The group’s tour of St. Veit also featured a trip to Hochosterwitz Castle, an impressive medieval gem; dinner at a local hotel with host families and the town’s mayor; and evenings of music and reminiscing. Prior to St. Veit, the alums revisited the “magical city of Vienna,” where they had originally studied for four months. Bruce Lamott BA ’70 presented remarks on Handel’s Alcina before the group attended the opera at the Theater an der Wien. Vineyard and museum visits rounded out their stay.

“Experiencing Austria, then and now, has greatly expanded our understanding of the world and bonded us as a group,” says Grube. “We’re planning a second reunion this summer during Alumni Weekend.”