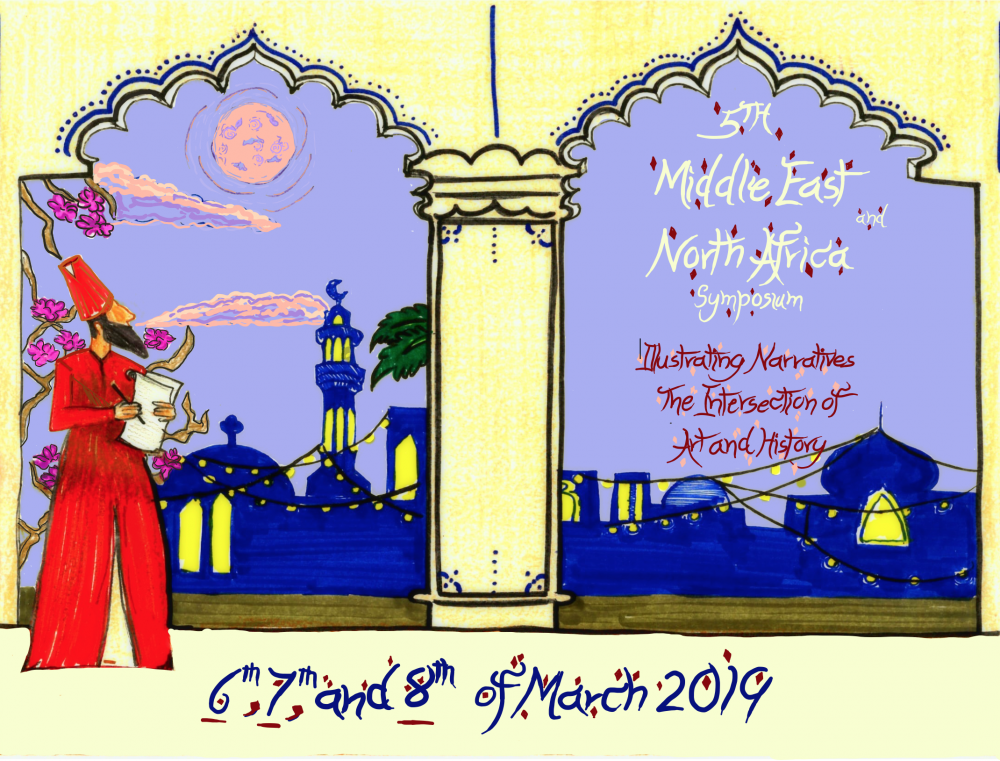 Lewis & Clark’s fifth annual student-run Middle East and North Africa Symposium will explore the relationship between art and history in the region. The symposium provides an opportunity for students to showcase their research and hear from faculty and outside scholars. Titled Illustrating Narratives: The Intersection of Art and History, the symposium takes place March 6 to 8.

The symposium was originally created by the Middle East Initiative, a student organization that was established to advocate for the now-existing Arabic language program and Middle East and North African (MENA) studies minor. The symposium also goes hand-in-hand with the Morocco overseas study program by giving participating students an opportunity to present their work.

Caroline Lawrence BA ’19, a sociology/anthropology and psychology double major from Nashville, Tennessee, joined the Middle East Initiative and took Arabic her first year. She is now in her second year cochairing the event.

“I think the Middle East and North Africa Symposium is a really unique way to see what students can do on campus,” Lawrence said. “Even though it is still somewhat small, the event and interest in it has definitely grown. It’s a great way, like a lot of the other symposia, for people to have access to information and speakers that they wouldn’t have gotten on their own or in class.”

Pamela Nassar Altabcharani BA ’21, an international affairs and French double major, is also cochairing the event. As a student from Lebanon, her interest in the symposium was sparked by her personal experiences.

“People know very little about the Middle East and North Africa and that area is somewhere that I hold dear to my heart,” Nassar Altabcharani said. “I want to make this an event we can sustain for much longer.”

The symposium is hosting two keynote speakers this year. The first, Matthew Schumann, was a  Fulbright Scholar in Morocco and is currently earning his doctorate at Princeton. Schumann, who was previously involved with L&C’s Morocco program, will present his work on the intellectual and social history of Muslim scholarship. The second keynote speaker, Mohammed Hasan Alwan, is a Saudi Arabian novelist and a graduate of Lewis & Clark’s Academic English Studies program (AES). He was awarded the 2017 International Prize for Arabic Fiction.

Students will also have the chance to hear from L&C faculty. Visiting Professor Rasha Soliman, a Fulbright Scholar-in-Residence, will be presenting her work on archeological sites in Egypt. Paul Powers, associate professor of religious studies, will present in conjunction with Soliman on his work on the myth of Islamic violence.

The symposium also provides an excellent opportunity for students to present their work and fulfill the capstone requirement for the MENA minor. Owen Wohlforth BA ’19 will be presenting on what musical instruments sounded like in Ancient Egypt, and Emily Hayes-Rich BA ’19 will discuss the research on waterways she conducted on the Morocco overseas study program.

The full schedule of symposium events can be found here. All events are free and open to the public.