A Storyteller at the Top of His Game 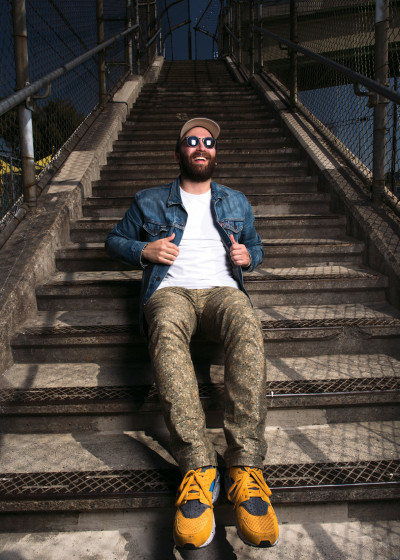 Credit: Rob HammerSporting a jean jacket and full beard, Aron Phillips appears alongside LeBron James on the September 19 cover of The Hollywood Reporter.

The headline “LeBron Takes L.A.” is a nod to James’ recent move to the Lakers. The basketball great is pictured with staff who run his two Los Angeles–based media companies: SpringHill Entertainment and UNINTERRUPTED.

Phillips is senior director of development at UNINTERRUPTED, a distributed media platform dedicated to athlete storytelling. He works closely with the company’s cofounder, Maverick Carter, who is James’ business manager and high school friend.

Phillips grew up in Vermont and fell in love with the Pacific Northwest on a family vacation to Portland, Hood River, and the Oregon coast. Fate intervened when Mike Sexton, then L&C’s dean of undergraduate admissions, made a visit to Vermont. “Mike interviewed me, and we started the application process,” says Phillips. “I’m a huge basketball nut and was thrilled to be heading to the Blazers’ hometown.”

During L&C’s admitted students weekend, Phillips bonded with Professor Bob Mandel, then chair of international affairs, whom he found fun and savvy with great stories to share. Intent on becoming a global citizen, Phillips chose to major in international affairs and minor in economics. “Learning at Lewis & Clark was like working at a start-up. The opportunities were endless,” says Phillips, who now sits on the college’s Board of Alumni. He also jumped into a number of student organizations: ASLC (student government), SAAB (Student Academic Affairs Board), the Pioneer Log student newspaper, and the Jewish Student Union. Not to mention the women’s basketball team. 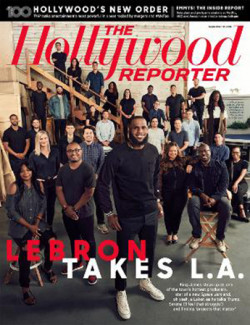 “I wasn’t good enough to play on the men’s team, so I took an intramural class for credit,” he says. Juli Fulks, who was head women’s basketball coach at the time, ran the class and asked if he wanted to practice with her team. He did. “That’s commonplace with women’s teams at Division I schools. During my senior year, I sat on the bench and served as an unofficial assistant coach for the women’s team.”

As an undergrad, Phillips decided that he wanted to work as a sports journalist. During his junior year, he attended an off-campus program in New York City, where he landed a gig at Dime, a basketball lifestyle magazine. “I submitted an Oregonian clip that was published in 2005 when the paper’s sports editor took a vacation and there was an open call for columns,” he says.

After graduation, the offers kept coming. He returned to Dime, working his way up from editorial assistant to managing editor. “I got burned out covering basketball 24-7,” he says. “I wanted to branch out into music, art, and culture.” He launched the website How to Make It and started freelancing for Nike Basketball, running the brand’s social media channels. “At Dime, I had full editorial control but no budget,” he says. “At Nike, I had the budget but little freedom. I wanted to find a better mix.”

He reached out to a friend at Complex— a distributed media platform covering music, style, pop culture, and sports—when the branded content revolution had just started. Relationships he’d formed led to another job, and he found himself splitting his time between SpringHill Entertainment and a nascent UNINTERRUPTED. “I’ve always been a storyteller,” he says. “The medium just changed.” Phillips lets the stories drive the medium, choosing from a menu that includes scripted content, animation, audio, feature-length documentaries, and 360- degree video.

“We’ve invested our time and money into stories and content we believe in— inspirational stories about athletes from high school to the pros,” he says. Now the big guys have taken notice. The company recently partnered with HBO for a series titled The Shop, featuring LeBron James as a talk show host in a barbershop setting with celebrity guests. “We ran the pilot on our air.”

Living in L.A., Phillips gets outside into the sunshine as often as possible. He loves to travel and collects art from around the world. Stoked to be discovering new ways to tell compelling stories, he’s happy to let the future unfold organically.

One day, Phillips thinks he might return to Vermont to teach. “My best teachers have always been those with interesting life experiences to share,” he says. “Who knows … someday I might be telling students about my time working with Maverick Carter and LeBron James.”

Pattie Pace is a freelance writer in Portland. 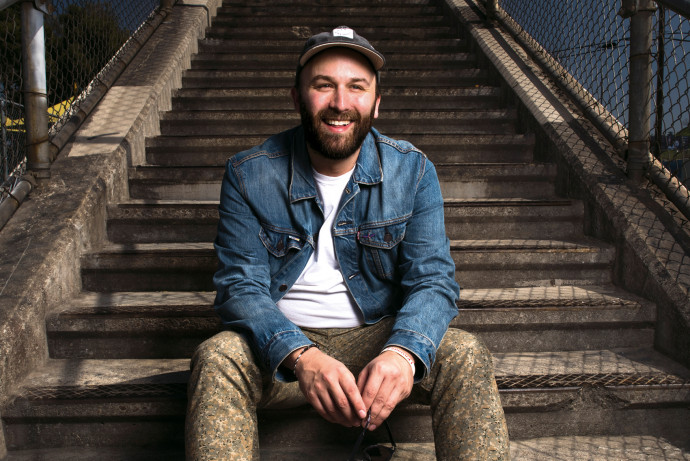