This spring, the Lewis & Clark Pioneers celebrated the unique honor of having three first-year student-athletes selected as Northwest Conference Freshman of the Year in their respective sports: Delsie Johnson of women’s basketball, Rachael Rice of women’s tennis, and Kamryn Ford of women’s golf. This marks the first freshmen “trifecta” for Lewis & Clark since the NWC began offering the award in 2016–17. Of the 11 women’s sports the conference sponsors, Lewis & Clark competes in 10. 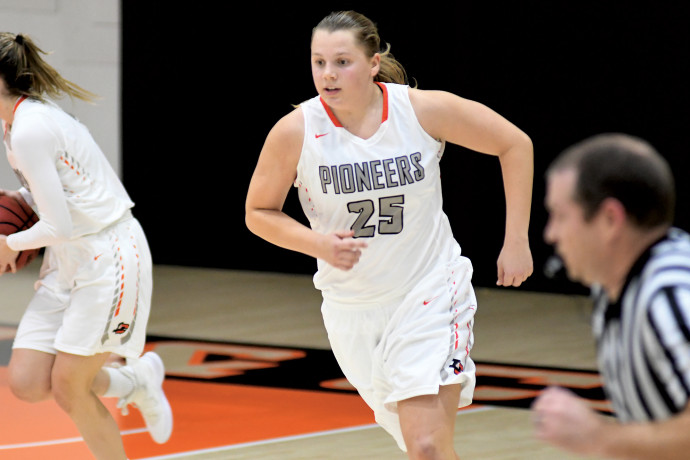 Delsie Johnson earned the Female Rookie of the Year award at the 2019 ELCYS (Excellence in Lewis & Clark’s Year of Sports). Johnson’s head coach, Kristina Williams BA ’13, noticed Johnson’s potential prior to the start of last season. “When I saw Delsie play during camp this past summer, it really hit me how much of an impact she could have on the program,” says Williams. “She consistently scored at a high percentage on both the left and right sides, and I saw an effort from her that I knew would help her and our team tremendously.”

Johnson finished among the top 12 in the NWC for scoring, rebounds, and shooting percentage. In her third and fourth career games, Johnson averaged 15.5 points and 12 rebounds, the first two double-doubles of her career, and earned an all-tournament selection at the UC-Santa Cruz Thanksgiving Classic. She went on to have eight double-doubles by the end of her debut season. “There wasn’t a single practice or game this season where her effort dipped,” says Williams. “In fact, the team noticed that she grew more comfortable as the season went on.” 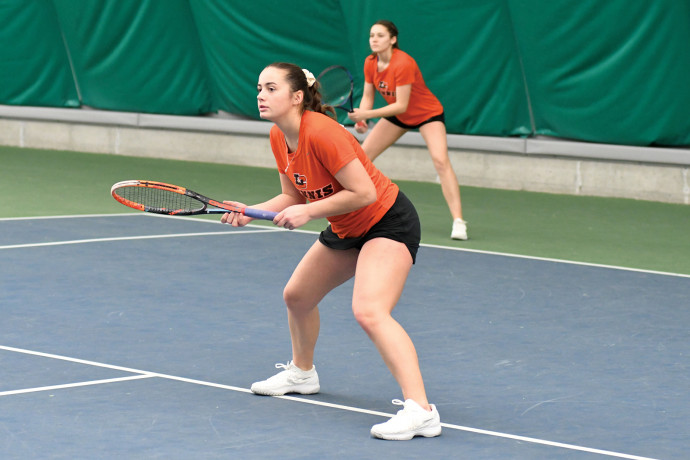 Rachael Rice emerged as the best first-year women’s tennis player in the conference as she helped the Pioneers to the No. 3 seed for April’s NWC Championship tournament. Lewis & Clark won three of its final four regular-season matches to qualify for the postseason. Finishing with a 7-4 singles record, Rice competed as the team’s primary No. 3 entrant behind returning sophomores Madelyn Landerfelt and Riley Hanks. In six regular-season duals against NWC opponents, Rice went 5-1 and lost just one set in her five victories. 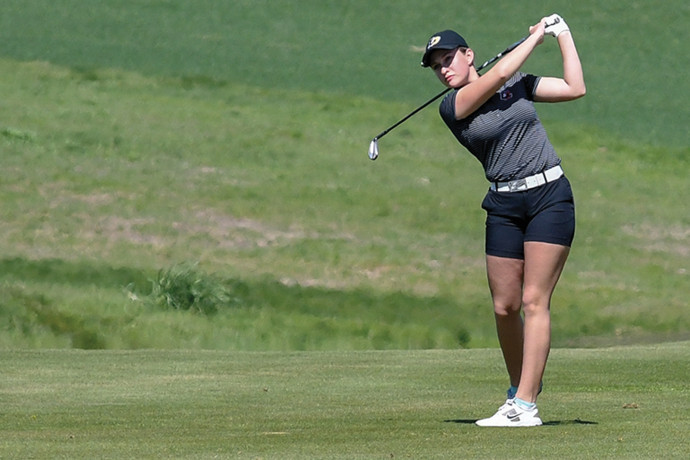 In two of the three NWC postseason events, Kamryn Ford placed among the top 15 golfers, including a 13th-place finish at the NWC Championship during the last weekend of April. She had the team’s second-lowest per-round average behind senior Annie McCutchan. Ford had two top-five finishes during her first season, including a third-place finish in her first collegiate event, the Puget Sound Invitational, last September.

The Lewis & Clark women’s golf team was named the Team of the Year at the 2019 ELCYS, thanks, in part, to a third-place finish at the NWC Fall Classic. Overall, the Pioneers were ranked fourth in the final NWC Championship Series standings.