In honor of Alumni Weekend 2019 (June 20–24), we scoured past issues of the Pioneer Log student newspaper to highlight a few events from the spring semester of decades past. 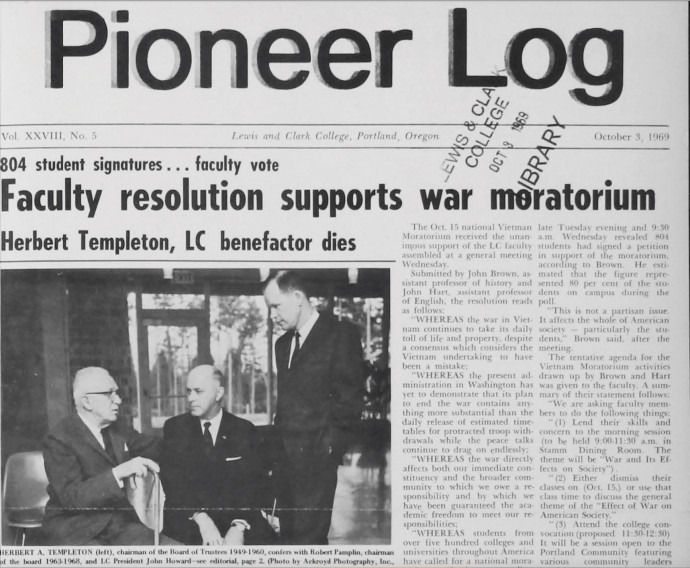