Go Home to Your ‘Dying’ Hometown 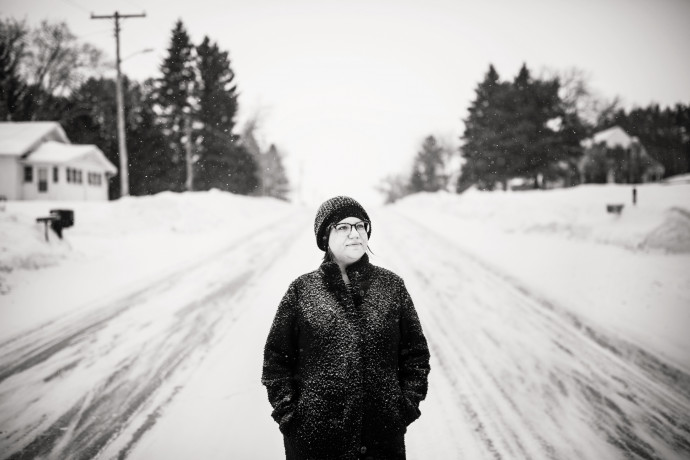 FERGUS FALLS, Minn.—My husband and I bought a new home last fall—a 1910 Colonial Revival on the edge of this central Minnesota town of 14,000 people.

Down the hill from our place is downtown, which includes the library and a medical clinic. Go a quarter-mile in the opposite direction, and the houses end. You’re surrounded by wide-open prairie, and beyond that is Interstate 94, which gets you to the Twin Cities in about three hours.

I feel conflicted about my role here. Rural places like this one are facing countless questions about the economy, about identity and about the environment. It’s hard to know what we need to be stewards of and sustain, and what we need to let go or confront, to build a strong future.

I am what you might call a “homecomer.” Wendell Berry, the Kentucky writer and farmer, uses that word to describe people who have spent some time away, usually to pursue better opportunities in cities, and then choose to return to their rural roots.

Over the last eight years, I have found that my homecoming story is not unique. In Minnesota, demographers noticed several years ago a modest but persistent trend of people in their 30s and 40s taking up residence in small communities, a counterweight to the high school graduates moving away. The Pew Research Center found that, nationwide, while rural areas are home to a much smaller part of the American population than they once were, about half of rural counties, especially the ones that are not economically dependent on farming, are gaining people.

And that growth reflects patterns we should examine more closely: an influx of international immigrants, and people moving in from cities. Simply panicking about the “death” of rural America gives those of us who care about and live in these places very little to learn or build on. Is there another way to think about it?

In 2000, I left my hometown of 450 people in rural Minnesota to attend Lewis & Clark College in Portland, Ore. I spent a decade in that city, changing neighborhoods and nonprofit arts jobs every few years. Portland shaped a lot of who I am now, but my life there somehow lacked meaning.

And so, one drizzly early summer morning, after 11 years away from Minnesota, I loaded up a van with my belongings and my cat, said goodbye to my friends and colleagues, and drove 1,500 miles from Portland to Fergus Falls, my grandmother’s hometown.

I was a little naïve, but I also felt gleefully rebellious.

Particularly since the 2016 election, I hear the national media—or even my friends back in Portland—dismiss my rural colleagues, family and neighbors as out of touch, hateful, fearful of immigrants, and doomed to a life of boredom and poverty. But they don’t know my friend Sarah Calhoun, who started a women’s clothing company and a music festival near White Sulphur Springs, Mont. They’ve never been to the country church in Underwood, a few miles east of Fergus Falls, whose congregants are starting conversations about race, gender equity, climate change and more. And they haven’t read the work of Nikiko Masumoto, an artist who is rethinking food systems while working alongside her family on their organic peach farm in rural California.

This is the rural life that I know exists all over the country: It can be stimulating and rewarding, a place for bold creativity.

I worry about the anthropological attention to rural America. It has ranged from exaggerated or even fake “Trump country” exposés, to well-intentioned but out-of-touch efforts to mend the “urban-rural divide,” to patronizing television contests in which viewers vote for the “best small town” in their state.

I’m ready for a new kind of attention, one directed somewhere between bleak landscapes of ignorance and bigotry, and Pollyanna illusions of the pastoral life. This is where most rural Americans actually live and where some of the most important work is being done.

What would we learn if we studied the impact of homecomers across the country? Could they be the leaders that ease some of the resentment that is dividing our country? Both urban and rural people share a future far beyond whom we elect as leaders. That shared future is what drives us to live meaningful lives, and what will make us the best stewards of the earth that we can be, no matter where we choose to live.

Adapted from an article that appeared in the March 8, 2019, New York Times Sunday Review. Michele Anderson, rural program director for Springboard for the Arts, is a nationally recognized leader at the intersection of rural community development and the arts.