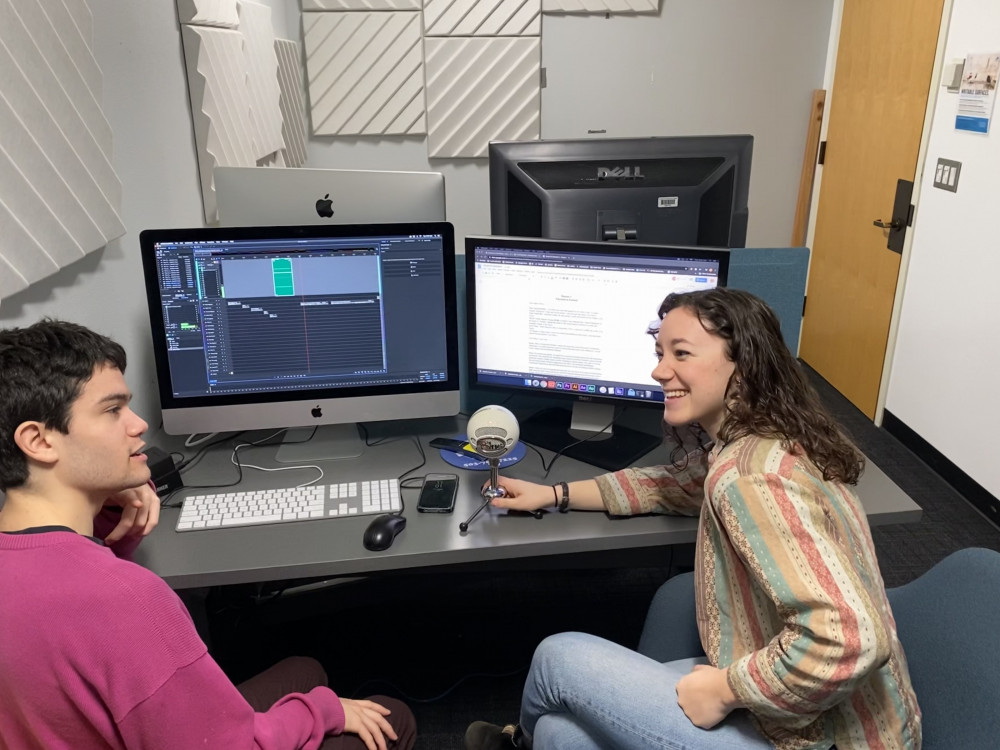 Portland has one of the highest per-capita Vietnamese populations in the country, approximately 2 percent of the city’s population, yet Lewis & Clark is the first academic institution to develop an archive documenting their history. On April 24, a historic podcast that contextualizes and organizes material from Watzek Library’s Vietnamese Portland: History, Memory, Community archive was made available to the public on vietnameseportland.org.

In response to increasingly polarized rhetoric surrounding immigration in the United States, the College’s archivists began research on the Vietnamese population in Portland in the summer of 2017. In Spring 2018, Hannah Crummé, head of Watzek Library Special Collections and college archivist, was awarded an LSTA grant to develop an archive documenting the experiences of Portland’s Vietnamese population. With the momentum it sparked, she and her team set out to collect 200 interviews for the archive over the next five years. Azen Jaffe, who graduated in 2019, conducted multiple interviews for the archive and wrote his thesis, “An Uneven Welcome: The Impact of Declining Federal Funding on Vietnamese Refugee Resettlement in Portland, Oregon,” which would later be used in the Vietnamese Portland podcast.

In April 2019, the Council of Independent Colleges (CIC) awarded Lewis & Clark a $10,000 grant to produce a podcast using material from the Vietnamese Portland: History, Memory, Community archive. In May 2019, Crummé and the podcast’s project manager E.J. Carter, hired Hanna Merzbach ’20 and Bryan Miller ’20 to produce the podcast.

“Something we are trying to make clear with the podcast is that not everybody’s story is the same,” Miller said. “And that’s a theme that came from Azen’s thesis which was sort of the foundational text of the podcast. We’ve been able to interview a really wide variety of people— there’s a really wide age range, very different political beliefs, employment statuses, educational backgrounds, all sorts of people, and there are some things that a lot of them share in common.”

Merzbach, a senior, is an International Affairs major and editor-in-chief of Lewis & Clark’s student-run newspaper, The Pioneer Log. 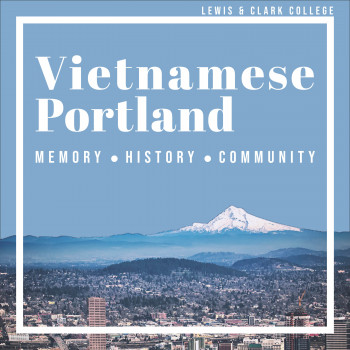 “As a journalist, I’m used to a cycle where I focus on a story for a week or two, so at first, I was pretty ambitious,” Merzbach said. “I was like five episodes? That’s nothing. We can do like 10. But as time went on … it’s not like it’s just a podcast interviewing one person. Each podcast has like 20 different people. It’s a lot to pull together, and it’s expanded my outlook on what I can do that’s related to journalism. It’s just a gigantic journalism project.”

Senior Bryan Miller is an English major and history minor. He had previous experience editing The Pioneer Log’s podcast, The PioPod, and he made all of the music for the podcast after he honed his skills in Jeff Leonard’s electronic music seminar. Miller became interested in oral histories in his Historical Materials course which allows students to record interviews with Lewis & Clark alumni.

“In some of my classes, I’ve been able to talk about the place of oral history for projects like these and for the field of history in general,” Miller said. “I think that for a long time oral histories were not really accepted as ‘historical evidence.’ But in history and in science, you need a lot of sources to create a real narrative. For example, if you were just looking at city records, that wouldn’t really tell the complete story of the Vietnamese population here. So, it’s really great to be able to be in coordination with the Vietnamese community, as they are represented by APANO, because then it really feels like they’re able to tell history the way they want it to be told.”

APANO, the Asian Pacific American Network of Oregon, has worked closely on the project to find interviewees, to conduct interviews in Vietnamese and translate them for the archive, and to ensure the project is accurately representing the Vietnamese population. Vân Truong, who is on the Board at APANO, reviewed the scripts for every episode before they were recorded.

“We want to show a diversity of stories; at no point do we want it to sound like this is what everybody was dealing with because it’s just not true,” Merzbach said. “So Vân really helped with the cultural sensitivity aspect. That’s been really important because we want to acknowledge that Brian and I, pretty much most people working on this project, have never experienced similar things, and it’s really important to be working with the community that we are documenting.”

Susan Glosser, associate professor of History and Program Director of Asian Studies, has served as faculty advisor on the project. She gave her Exploration and Discovery class, “Asian American Experiences in the United States,” the opportunity to listen to the first episode before it was released and provide feedback.

Jaffe, who is working at LegitScript, which is a company that monitors merchants, particularly within the healthcare industry, to help make sure they are legitimate, credible, and safe, said that one of the highlights of working on the project during his time at Lewis & Clark was being able to meet new people and listen to their amazing stories.

“It was always an honor to meet with a complete stranger, sit down for an interview, and in an hour or so learn so much about that person’s life,” Jaffe said. “I’ll never forget interviewing William Vuong. We met him at Rose VL Deli, his family restaurant. Before we turned on the recorder, Mr. Vuong shared one of Rose VL’s specialty soups with us. It was the best Vietnamese food I’ve ever had.”