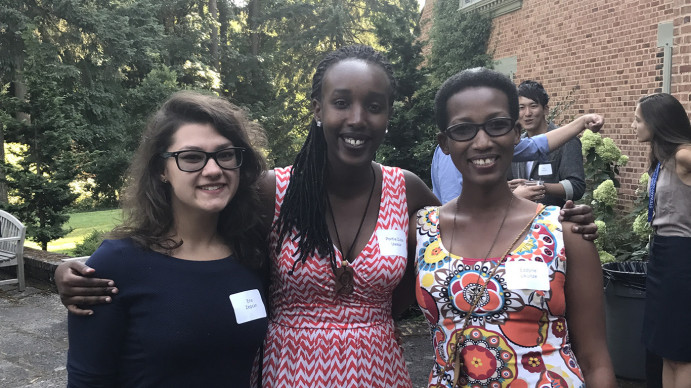 ISS students outside the Manor House.

International applicants should apply by the deadlines listed below.  However, we recognize that academic calendars vary from country to country, so the International Student Admission committee will accept applications at other times on a case-by-case basis.  Although most international students enter Lewis & Clark at the beginning of the fall semester (late August), students may apply to enter in the spring semester (mid-January).

Importantly, international students who are applying for financial aid or who are attending international/American schools abroad should follow the application deadlines below:

For spring semester admission in mid-January:

There are two options for early applications, Early Decision and Early Action, which are described in further detail below.