After a three-year gig at Lewis & Clark’s Law School as their part-time web developer, Lawrence joined New Media in September 2012. Before this, he helped produce online content at Advance Internet and OregonLive.com and served as art director of Oregon Business magazine. 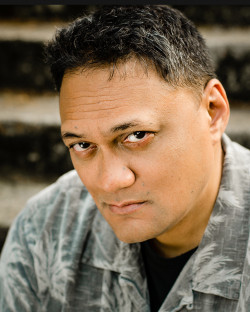 Designing for the web was a natural fit during his time at the University of Southern California where, as Creative Manager at the Business School, he switched picas for pixels at the release of NCSA’s Mosaic 1.0.

Prior to the Macintosh, he was a traditional graphic designer in San Diego waxing galleys from Compugraphic typesetters, scraping india ink off mylar drawings, and changing baths of chemicals for PMTs. On occasion, he longs for the days of plastic neon triangles, double zero Rapidograph pens, #11 X-Acto blades and the smell of Bestine.

He has a fondness for plot-driven movies, British TV series, stage plays and bluegrass when he’s not acting or plunking on his piano, doumbek and guitar.

Before suffering his first Portland rain, he lived in sun-drenched places like SoCal and Rio de Janeiro. But after experiencing his first Oregon spring and seeing the wall of green trees rising over the Sellwood bridge, he can’t think of living anywhere else.