Lewis & Clark professors recall the experiences—from overseas travel to a TV program to a volcanic eruption—that sparked their love of science.

When I was 10 years old, my geologist father spent two months living next to a coral reef in an underwater habitat with three other scientists. He sent me letters stamped with “Dispatched from the ocean floor” describing the fish swimming past his window. I’ve been studying coral reefs ever since.

I was fascinated by the Mount St. Helens eruption as a child, and enjoyed combining baking soda and vinegar to create homemade volcanoes. I also loved math and found chemistry to be an exciting way to apply my problem-solving skills to phenomena observed in everyday life. Later, I was drawn to the study of colorful inorganic materials by their potential for use in energy storage devices such as batteries and supercapacitors.

When I visited the cloud forests of Panama 15 years ago, I was amazed by how similar the mushrooms were to the ones I grew up seeing in the forests of the Pacific Northwest. I read about reasons why and found that both forests contained specialized fungi that were symbiotically associated with tree roots. Ever since, I have been studying the major, yet underappreciated, ecological role this symbiosis plays in forests worldwide.

I became interested in gecko adhesion 14 years ago during a vacation in Hawaii. I was in bed at the hotel when a huge spider crawled out across the ceiling. While I was working up the courage to deal with the spider, a tiny gecko came out on the ceiling, too. They had an upside-down battle right there above me. The gecko won without difficulty, and I began to wonder how the gecko could run so easily on the ceiling and why it was so much better at sticking than the spider. This moment of curiosity inspired my study of the force generated by a single microscopic gecko foot-hair and led to the invention of the adhesive nanostructure. 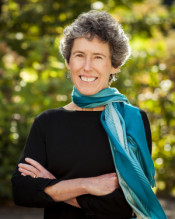 I have always been interested in how cells reproduce themselves, because of the central role the control of cell division plays in cancer, a disease that has touched almost all American families. Early in my career, I was interested in how cells control the production of proteins called histones, which are necessary to package newly replicated DNA before cells can divide. More recently I have focused on an even more basic problem—how cells produce the machines called ribosomes that synthesize all the proteins necessary for cells to grow and reproduce themselves. How ribosome biogenesis is regulated—and misregulated—in cancer is an ultimate goal of my work.

My first inspiration to be a field scientist came from Jane Goodall. I was around 10 when I saw a National Geographic special about how she lived with the chimpanzees at Gombe National Park. I was astonished that people could make a living doing something so outrageously adventuresome and fascinating.

I was lured into geology during my freshman year by Stephen Jay Gould, one of my professors. His class was modestly called The History of Earth and of Life, but in Gouldian fashion, it was studded with riveting illustrations of scientific principles drawn from baseball, cartoons, and cheap horror movies.

As a senior, I would peruse the stacks in the science library, seeing what kinds of books spoke loudest to me. When I came across Water in Environmental Planning, I said, “This is what I want to do.” I applied to work with one of the authors, Tom Dunne, in a PhD program, and that’s how I became a professional geomorphologist. 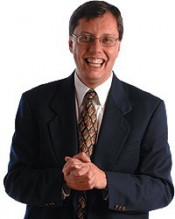 As a child growing up in Brazil, I was first inspired to become a scientist by the Apollo moon missions. I was so happy that Neil Armstrong stepped on the lunar surface on my 10th birthday! A few years later, the oil crisis of 1973 affected Brazil strongly, and I began to wonder about alternative energy sources. By the time my family immigrated to America in 1976, I was convinced that I wanted to be a scientist, and a chemist in particular. My early interest in energy took me from studies of plant photosynthesis to attempts to mimic photosynthesis in systems that can be made in the laboratory and become the basis for efficient solar energy conversion devices.

Opportunities in Science at Lewis & Clark