Kristin Fujie, assistant professor of English, has an infectious enthusiasm for her specialty, modern American literature, and for teaching. “One of my favorite memories from Kristin’s class involved a discussion of Emerson,” says Nina Manno CAS ’14. “Kristin literally jumped out of her seat in delight when a student made a key point about his work.” Fujie prepares for her classes in much the same way she asks her students to prepare: “I do the reading, annotate the text, and take an extraordinary amount of notes,” she says. “I usually go into each class with an elaborate lesson plan, but I don’t lecture—I want the discussion to be fueled by student interest.”

Fujie’s commitment to teaching has not gone unnoticed by those outside the department and even outside the College. In February, she received the highly prestigious Arnold L. Graves and Lois S. Graves Award in recognition of exceptional teaching in the humanities. 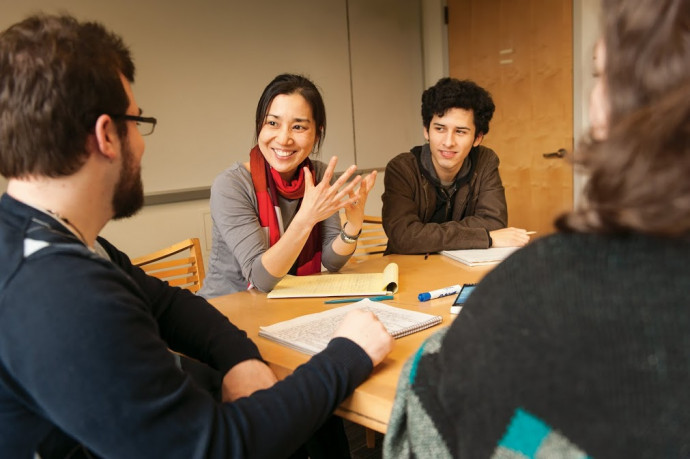 Kristin FujieFujie plans to use the award’s $12,000 prize to complete two journal articles on the work of William Faulkner, her primary scholarly interest. “What’s cool about this award is that it promotes the cross-fertilization of research and teaching,” she says. Her long-term goal is to write a book that explores how gender and sexuality in Faulkner’s early novels shaped his later obsession with race.

Fujie’s accomplishments make her the latest in a series of professors at Lewis & Clark who have won the Graves Award, and the third from the English department. This award, which is issued by Pomona College under the guidance of the American Council of Learned Societies, is one of the top humanities teaching honors in the liberal arts. Past winners at Lewis & Clark include Rachel Cole (2012), Joel Martinez (2010), Karen Gross (2008), David Campion (2006), Rebecca Copenhaver (2004), and Nora Beck (2000).