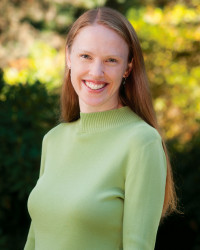 Detweiler-BedellJerusha Detweiler-Bedell, associate professor of psychology, has been appointed by President Barry Glassner to serve as interim dean of the College of Arts and Sciences for a one-year term that began in July. She succeeds Tuajuanda Jordan, who was named the new president of St. Mary’s College of Maryland.

“Jerusha is widely respected as an outstanding teacher, scholar, and contributor to our community,” says Glassner. “Her experience, skill, and commitment make her the ideal person to lead the undergraduate college during this transition year and to continue the college’s forward momentum.”

A Stanford University graduate with a PhD from Yale, Detweiler-Bedell has been at Lewis & Clark since 2001. She won the Outstanding Baccalaureate Colleges U.S. Professor of the Year Award in 2008, and her research has been published widely.