It All Adds Up

Lewis & Clark math students participated in two international mathematical competitions with outcomes worthy of exponential praise. Colin Ehr cas ’14 and Aojie Zheng cas ’15 served on teams in both the William Lowell Putnam Mathematical Competition and the COMAP Mathematical Contest in Modeling, helping to place their team in the top 10 percent of 557 teams in the Putnam and the top 15 percent of 6,755 teams in the COMAP. “Considering that Lewis & Clark is competing against top research universities from across the United States and Canada,” says Associate Professor of Mathematical Sciences Iva Stavrov, “this is a very impressive accomplishment.”

A renovated Juniper Hall opened to residential students this fall. In the new Juniper, the building’s midcentury design frames an interior that is open to more natural light and community interaction. The hall now boasts 29 single rooms—each with its own thermostat, moveable furniture, full-size bed, and improved soundproofing. In addition, the hall’s many sustainable features meet the institution’s rigorous standards for green building

A Stamp on Literature 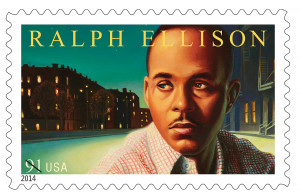 This spring, the U.S. Postal Service released a 91-cent stamp featuring literary giant Ralph Ellison, marking the 100th anniversary of his birth and the 20th anniversary of his passing. John Callahan, Odell Professor of Humanities and Ellison’s literary executor, was one of three scholars selected to comment on the cultural impact of Ellison’s work on the postal service’s website. “What is more fitting in the centennial year of his birth,” Callahan asks in his tribute, “but that the man who wrote Invisible Man becomes visible on a stamp commemorating his (and our) American identity?” (Lewis & Clark plans to host an Ellison symposium February 26–28, 2015; details will be posted on the college’s website, www.lclark.edu.)

Greta Binford, associate professor of biology and renowned researcher of venomous spiders, was a guest on a special Portland edition of Science Friday, hosted by Ira Flatow. The Public Radio International program—heard weekly by more than a million listeners—first featured Binford’s arachnid expertise in 2007. The sold-out Portland show aired live on OPB Radio on June 18 and on Science Friday on June 20.

Lewis & Clark unveiled its first Festival of Scholars, an opportunity for student-scholars and artists to present their work to the community, on April 26. Attendees enjoyed performances of original compositions, an exhibition of original art, a play produced and performed by students, and research presentations in fields ranging from chemistry to religious studies to international affairs. The event was sponsored by a grant from the Andrew W. Mellon Foundation.

The fast-growing sport of stand-up paddleboarding joined the lineup of College Outdoors trips this fall. College Outdoors provides the Lewis & Clark community with access to the spectacular mountains, rainforests, and rivers of the Pacific Northwest. Just before the fall semester began, College Outdoors offered 17 New Student Trips, the largest selection in the program’s history. 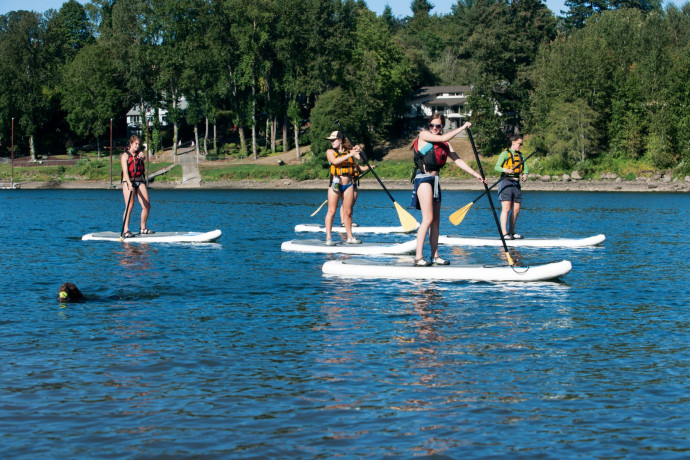