This spring, the class of 2017 participated in the inaugural Lewis & Clark “Halfway There to Graduation” ceremony and dinner. The goal of this event was to celebrate and encourage second-year students to continue to thoughtfully plan their next few years of college and life beyond L&C. After a ceremony in the chapel—which included a keynote by Usman Ally BA ’04, an award-winning actor—students joined faculty of their selected or intended major for dinner on campus. 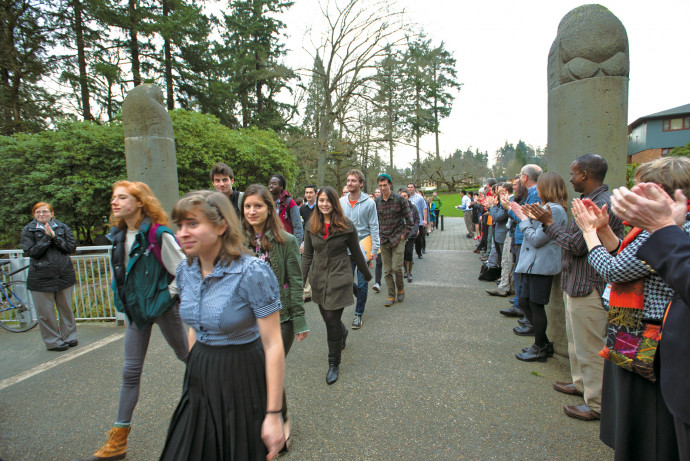 In Tune With PDX Musicians

On March 18, students demonstrated their musicianship—from classical piano pieces to head-banging metal songs to trippy electronic tracks—for a group of panelists established in the Portland music scene. “Making Music in PDX” was part of a spring colloquium hosted by Exploration and Discovery, the first-year course that functions as an introduction to the liberal arts. Panelists included musicians Katy Davidson BA ’99 and Angela Webber BA ’10, who gave students feedback on their performances and advice for making music beyond Palatine Hill.

Check out a new video about SAAB’s history on YouTube. The Student Academic Affairs Board (SAAB), established in 1982, is a unique part of student government at Lewis & Clark. Possibly the only entity of its kind on an American college campus, SAAB functions much like a nonprofit organization within Lewis & Clark. Students present their proposals before the student-run board, which then reviews the applications and determines funding. In over three decades, SAAB has awarded more than $1 million to more than 1,000 projects.

Gina Bianchini of Mightybell and Lean InThis spring, Lewis & Clark’s Center for Entrepreneurship continued hosting its popular Dinner With an Entrepreneur series, which invites students to connect, reflect, and engage with entrepreneurial thinkers and leaders who are creating the future—theirs and ours. Speakers included Gina Bianchini, founder and CEO of Mightybell and Lean In cofounder; Karen Parkin, global chief HR officer for Adidas; and Michelle Lantow, chief administrative officer for New Seasons Market.

In honor of Valentine’s Day—and Oregon’s birthday—the Campus Activities Board set up a temporary ice skating rink on the Cobblestone Circle, complete with birthday cake, hot chocolate, a DJ, and artificial snow. Observers noted much laughter but no triple-toe loops. 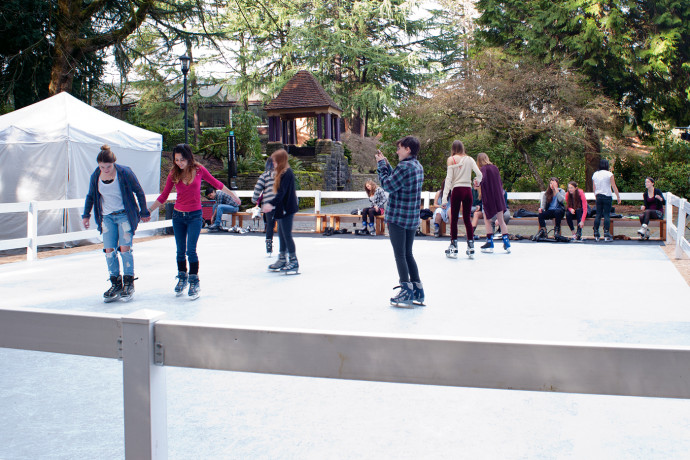