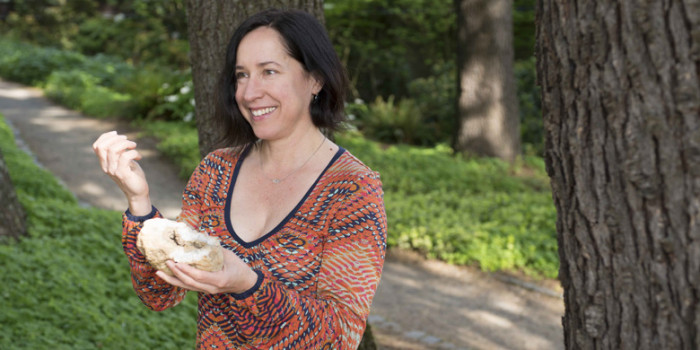 Professors at Lewis & Clark are dedicated teachers and renowned scholars who research and publish—often in partnership with students—at the leading edges of their disciplines.

This past year, a number of faculty members have received recognition and funding for their great work. In April, the National Institutes of Health awarded Lewis & Clark an additional $261,000 in support of Associate Professor of Biology Greta Binford’s research on the comparative venoms of recluse spiders. This three-year multidisciplinary project gives undergraduate students the opportunity to engage directly in cutting-edge bioinformatics-based research.

Binford, who joined the college in 2003, immerses her students in scientific inquiry and encourages them to learn about themselves while studying other species. She was named the Oregon Professor of the Year by the Council for Advancement and Support of Education (CASE) and the Carnegie Foundation for the Advancement of Teaching in 2011, the same year that she had a new species of spider named in her honor.

Binford isn’t the only L&C professor to receive recognition this year. Here’s a selection of other recent faculty accolades: