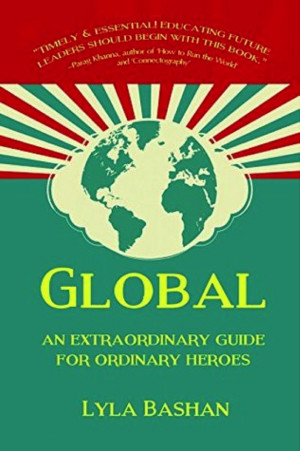 Currently serving in Armenia as the director of the United States Agency for International Development’s (USAID) Sustainable Development Office, Lyla Bashan BA ’02 has devoted the past 20 years to advancing diplomatic efforts in economic growth, governance, and health and social reform across the world. Her service has informed her newly released book Global: An Extraordinary Guide for Ordinary Heroes, which serves as both an accessible primer for a career in world development and a how-to guide for turning passion into action.

Bashan first majored in international affairs at Lewis & Clark before going on to receive a master’s degree in international peace and conflict resolution from American University in Washington, D.C.

“The things I learned about international affairs at Lewis & Clark laid a strong foundation for my career in international affairs, which has helped as a public servant working in development and diplomacy,” Bashan says of her time as an undergraduate. “[My studies] at L&C enforced my interest in helping others and helping to make the world a better place, which was a natural fit for public service.”

In particular, Bashan refers to being a student of Senior Lecturer Cyrus Partovi, a Lewis & Clark graduate whose career in academia followed a position as the foreign affairs director general of the Shah’s Department of the Imperial Court in Iran. “I was so engaged by [his] classes. I remember learning about the global oil crisis in the 1970s and being so fascinated by the intersection of natural resources, geopolitics, and real people’s lives. Being in his class helped me understand that global issues aren’t something that happen ‘out there,’ rather they are something that directly impact all of us as people and as citizens.” 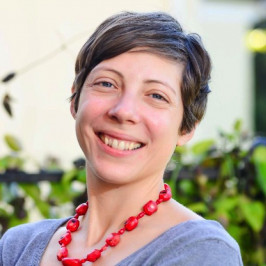 to study overseas, which she credits with sparking her interest in foreign service. “I minored in Japanese while at L&C and during my junior year, I spent a semester at Kansai Gaidai University in Japan. The experience was the first time that I had lived abroad and it made me realize that I like navigating foreign cultures, languages, and politics.”

With her book, Bashan hopes to encourage everyone to navigate these greater systems, whether it’s from their bedroom or abroad. “I share a lot of the cool things I’ve learned over the past 20 years,” she explains. “Like why state presence is important, the main roots of the gang problem in Latin

America, the complexity and importance of rule of law, how easily preventable some life-threatening diseases are, etc. And I also share a lot of the cool things I learned while doing research for the book, like how giving sweatshop workers a livable wage would only increase retail prices by 2 percent (20 cents for a $10 H&M shirt) and could have huge positive multiplier effects in developing countries; or the fact that the U.S. was under British colonial rule for almost as long as we’ve been an independent country—it helps put into perspective why some developing countries that were only decolonized in the past few decades are still struggling.”

“I cover the basic systems of global affairs, some of the main issues we deal with in development and diplomacy, and advice and resources for pursuing international affairs as a career,” she explains. “Now, more than ever, global issues affect all of us. Because of technology, especially increased travel and the internet, we are extremely interconnected. Issues that once seemed far away—health epidemics, financial crisis, conflict—are not that far away at all. Global is a resource meant to be a guide to help people understand the basics of international affairs in order to better engage with the world.”

Proceeds from the sale of the book will be donated to social justice causes.